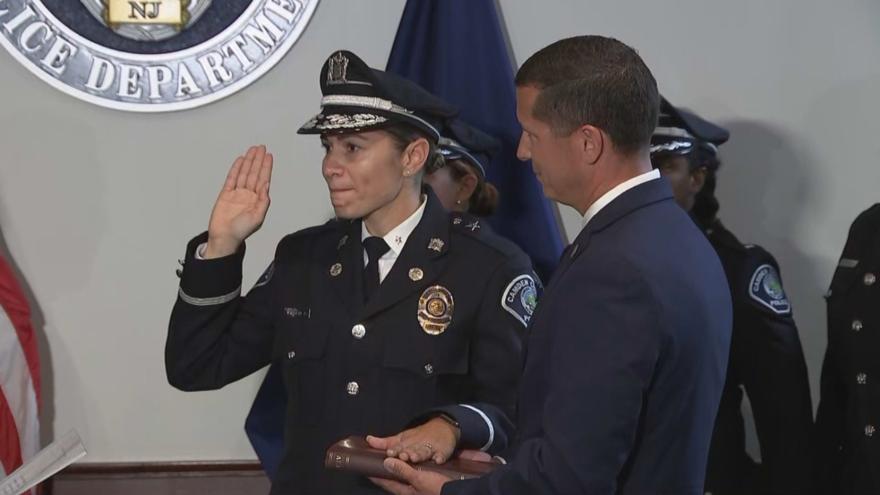 CAMDEN, New Jersey (KYW) -- The Camden County Police Department promoted its first woman and Latina to the position of deputy police chief. Deputy Chief Janell Simpson, a Camden native, has worked in law enforcement for more than 20 years, beginning in 2002 when she joined the Camden Police Department.

“We’ve come a long way from 20 years ago,” Simpson said. “But we also still have more to go, and I’m just excited about that.”

After the municipal department dissolved and became the Camden County Police Department, Simpson was promoted to sergeant and led the special victims’ unit, where she helped successfully reunite several missing people with their families.

“I always wanted to be a police officer. I love my job,” Simpson said. “Contrary to whatever people may think, it’s an absolute great profession.”

“I know she’s in heaven, just shining down because it’s a proud moment for our family,” Colon, Jr. said. “She’s worked hard to get here.”