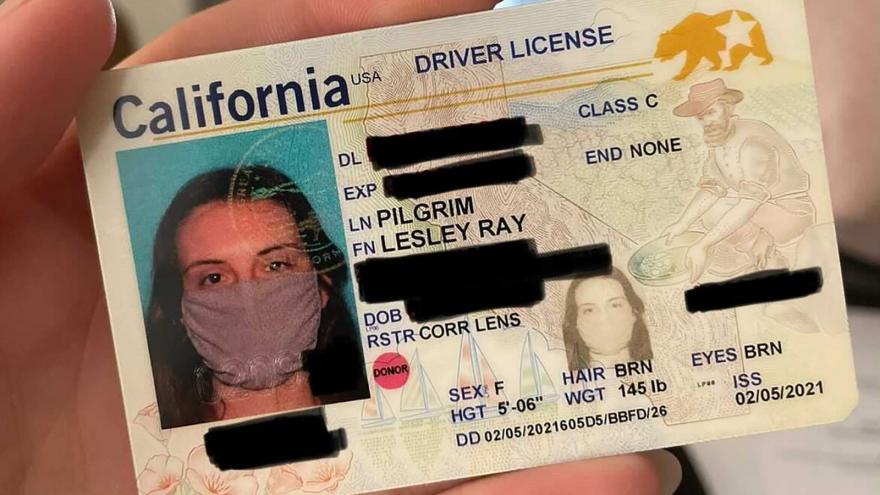 (CNN) -- If a picture is worth a thousand words, a California woman's ID photo says a lot about life during the pandemic.

Lesley Pilgrim, 25, was issued an identification card from the California DMV with a photo of her wearing a face mask.

"I was thinking that there's just no way that this can qualify as legal identification," Pilgrim told CNN.

Pilgrim visited the DMV in Laguna Hills in early February to apply for a REAL ID card, a driver's license or ID card that is also a federally accepted form of identification.

The DMV requires applicants for a REAL ID to go in person to present the necessary documentation, according to the state of California DMV website.

Pilgrim said the agency was very strict about its social-distancing protocols. "It was honestly really intimidating," she said. "Immediately when I got there, I was like oh my gosh I better not break any of these rules because they're going to send me to the back of the line."

Seeking to be careful, Pilgrim was very mindful not to remove her mask without being told to do so. She said when she finally got to the front of the line, the DMV took her photo twice -- once with her mask on and once without it.

"So [the DMV] actually did take two photos," said Pilgrim. "One with my mask on and one without my mask and then somehow it got lost in their process and they sent the masked photo."

In an emailed statement to CNN, the California DMV said the masked photo was a mistake. "Customers are asked to remove their face covering when a photo is taken," the DMV said. "In this instance there was an oversight. The customer should have been asked to lower her mask for the photo." 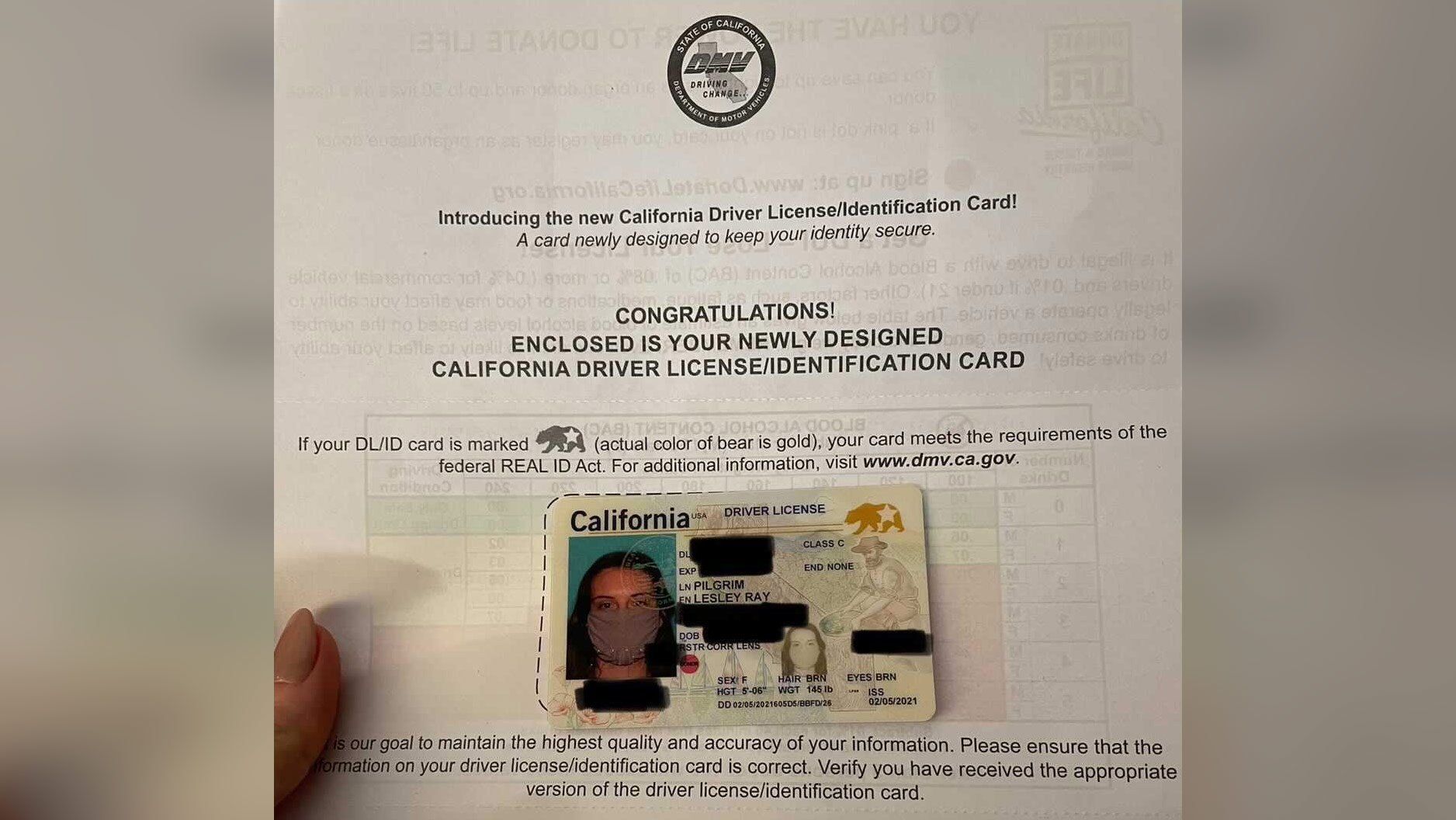 The agency said it is investigating how this may have happened and that the ID is valid even though the mask was not removed for the photo. "The DMV contacted the customer and an appointment has been scheduled for a new photo to be taken," it said.

Pilgrim said she has not tried to use the ID yet and has an appointment to take a new photo at a DMV in Sacramento next Friday.

Although she will have a new ID soon, she said she plans to hold on to her ID with the mask photo to remember life during the pandemic. "It's definitely a sign of the times," she said. "It's going to be the perfect souvenir for me to look back on."