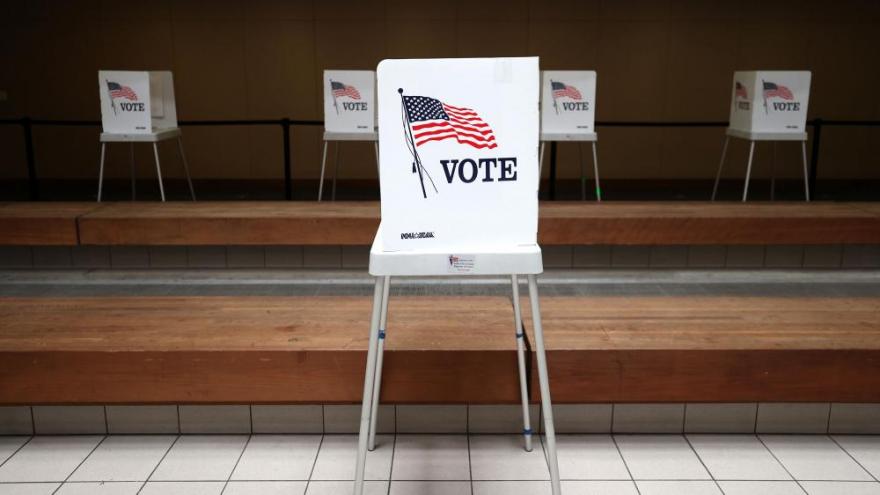 If Proposition 18 is passed in California, 17-year-olds could vote in primary elections if they'll turn 18 by the general election.

(CNN) -- Voters in California will decide this week whether to pass Proposition 18, which would make it legal for 17-year-olds to vote in primary and special elections in the state if they'll turn 18 by the general election.

If passed, California would join 18 other states plus Washington, DC, that allow 17-year-olds to vote in primary elections, according to the National Conference of State Legislatures.

It's a move, supporters say, that could inspire first-time voters to participate in democracy for the rest of their lives.

Proposition 18 marks the sixth time state legislators have considered allowing minors to vote with conditions -- but 2020 is the first time it's made it to voters, according to CalMatters, a nonprofit and nonpartisan California news organization.

California Assemblyman Kevin Mullin introduced the legislation in June. On the assembly floor then, he said that engaging young people in the electoral process should be a high priority to combat low voter turnout. (In the 2016 primary, 17.1% of eligible 18- to 24-year-olds voted, according to the California Civic Engagement Project.)

"First-time voters should have the opportunity to participate in a full election cycle -- primary and general," he said. "In other words, if you are allowed to vote in the general, you should be allowed to help shape the choices in the primary election."

Opponents of the measure, including the Election Integrity Project of California, a nonpartisan coalition of volunteers, say that minors have "no real-world experience," and their decisions could be influenced by their teachers or families.

"Voting is a serious responsibility," opponents of Proposition 18 wrote against it, according to California's voter information guide. "Important decisions must be made by voters who are legally adults, not by high school minors."

Supporters of the proposition, including the California Democratic Party and the California League of Conservation Voters, use a familiar argument: Because 17-year-olds can work, pay taxes and enlist in the military (with parental consent), they should be able to participate in politics at that age, too.

Giving the right to vote to people one year earlier could improve voter turnout in the future, supporters argue.

"We have a civic engagement problem, and we need to establish a culture of voting for future generations sooner rather than later," they wrote in a rebuttal to Proposition 18's opponents.

What would happen if it's passed

If passed in November, the impact of Proposition 18 is likely minimal, if past trends of youth voter turnout at primary elections are any indication, according to the Public Policy Institute of California (PPIC), a nonpartisan policy think tank.