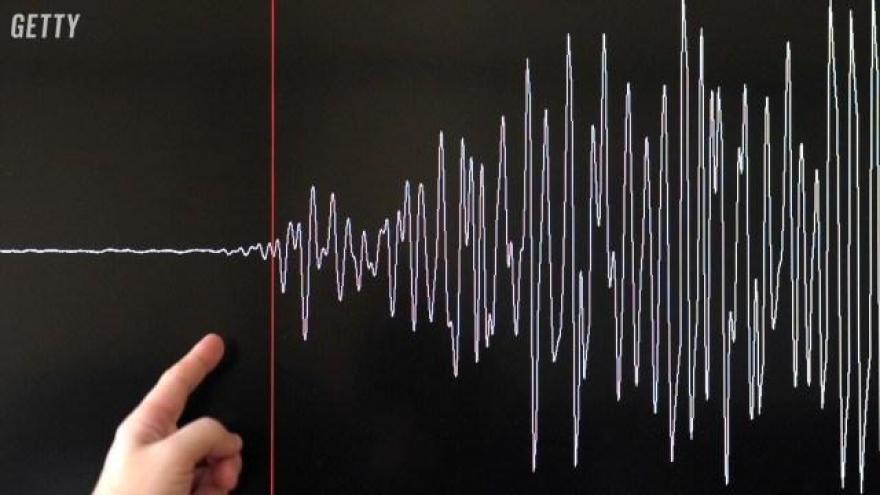 Investigators now know where the mammoth Saddle Ridge fire started. They just don't know how. The blaze, which has torched more than 8,300 acres, started in a 50 feet by 70 feet area under a high-voltage transmission tower, the Los Angeles Fire Department said. As of Monday night, it was 44% contained.

(CNN) -- California will launch the nation's first statewide earthquake early warning system Thursday morning, according to a news release from the governor's office.

Ground motion sensors all over the state will be used to detect earthquakes before people can feel them, and then a notification will go out so Californians can be prepared, according to the news release from the state's Office of Emergency Services.

The launch of the system falls on the 30th anniversary of the Loma Prieta earthquake, a 6.9 magnitude quake that hit the central coast of the state in 1989 and killed 63 people, 42 of them on the Cypress freeway.

The incident caused the region to re-evaluate its earthquake safety measures.

California Gov. Gavin Newsom encouraged residents to use the system and be better prepared for the next earthquake.

"Nothing can replace families having a plan for earthquakes and other emergencies," Newsom said. "And we know the Big One might be around the corner. I encourage every Californian to download this app and ensure your family is earthquake ready."

According to geologists, a major earthquake along California's San Andreas Fault is likely "overdue." Residents refer to the looming quake as the "Big One."

The US Geological Survey says that in keeping with the fault line's patterns, the southern segment "is considered a likely location" for an earthquake in the coming years.