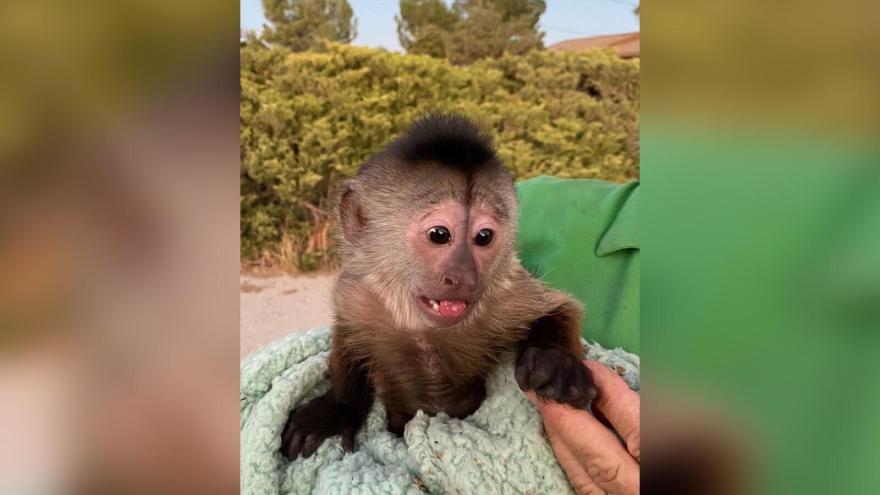 Route, a Capuchin monkey at Conservation Ambassadors, spurred police officers to investigate the zoo's office after she accidentally called 911.

The San Luis Obispo County Sheriff's Office received a 911 call that disconnected last Saturday, according to a Facebook post. Dispatchers received no response when they tried to call back, so they sent deputies to investigate.

Deputies arrived at the offices of Conservation Ambassadors, also known as Zoo to You, in Paso Robles, California. But none of the staff had placed the call, said the sheriff's office in their Facebook post.

"Then they all realized ... it must have been Route the capuchin monkey," the office wrote.

Staff theorized Route, a capuchin monkey, had likely picked up the zoo's cell phone from a golf cart.

"We're told capuchin monkeys are very inquisitive and will grab anything and everything and just start pushing buttons," wrote the office.

"And that's what Route did... just so happened it was in the right combination of numbers to call us."

The zoo also commented on the monkey's accidental phone call.

"Let this serve as an educational lesson that monkeys are NOT animals that should be kept as pets!" said the zoo on Facebook. Conservation Ambassadors provides a home to injured and abandoned wildlife. "They're so inquisitive you never know what might happen!"

Capuchin monkeys are small and clever primates, weighing it at between 3 and 9 pounds, according to environmental nonprofit the Rainforest Alliance. The South American monkeys are known for being intelligent and easy to train, which makes them popular as pets.