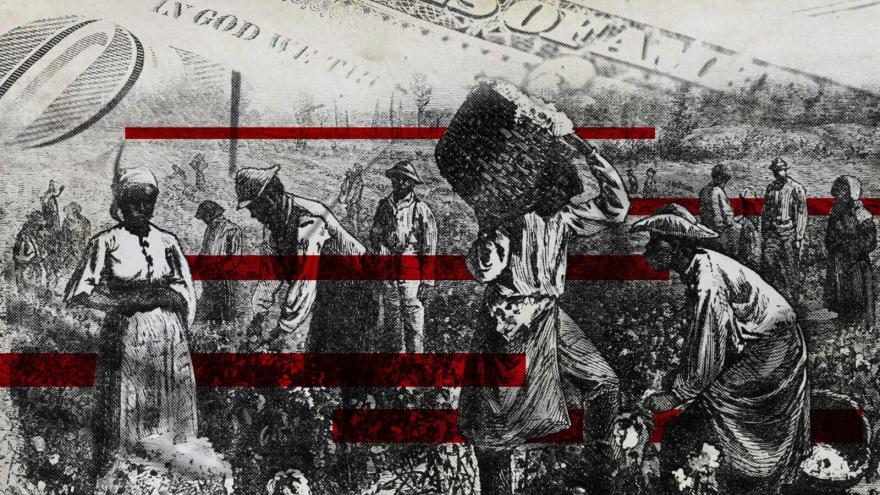 California Gov. Gavin Newsom has signed a bill establishing a task force to study and make recommendations on reparations for slavery.

(CNN) -- California Gov. Gavin Newsom has signed a bill establishing a task force to study and make recommendations on reparations for slavery.

Bill AB 3121 -- the first of its kind in any state -- was signed on Wednesday. It creates a nine-member task force that will inform Californians about slavery and explore ways the state might provide reparations, Newsom's office said in a news release.

The task force will convene in the wake of nationwide protests calling for racial justice and police reform following the death of George Floyd while in police custody in May. Democratic lawmakers in Congress have also called for a vote on a bill to study reparations.

"As a nation, we can only truly thrive when every one of us has the opportunity to thrive. Our painful history of slavery has evolved into structural racism and bias built into and permeating throughout our democratic and economic institutions," said Newsom in the release.

Newsom acknowledged that Black Californian's and people of color in the state still face "discrimination and disadvantages."

The bill is joined by two others in the state that target structural racism and bias in the legal system by prohibiting the use of race, ethnicity and national origin to seek or obtain convictions or impose sentences, and to reduce discrimination in jury selection, the press release adds.

"While there is still so much work to do to unravel this legacy, these pieces of legislation are important steps in the right direction to building a more inclusive and equitable future for all."

The idea of reparations for slavery has been in and out of political conversations since the end of the Civil War. Republicans have been critical of the concept, with Senate Majority Leader Mitch McConnell saying last year he opposed the idea, arguing "none of us currently living are responsible" for what he called America's "original sin."

But the city of Asheville, North Carolina, unanimously approved a reparations resolution for Black residents in July, formally apologizing for the role it played in slavery and implementing racist policies.

Instead of mandating direct cash payments to descendants of slaves, the city plans to make investments in areas where Black residents face disparities.

In February this year, California also made a formal apology for the internment of Japanese Americans during World War II. Internment was the largest single forced relocation in US history, with more than 100,000 Japanese Americans incarcerated around the country.

"Given recent national events, it is all the more important to learn from the mistakes of the past and to ensure that such an assault on freedom will never again happen to any community in the United States," the resolution reads.