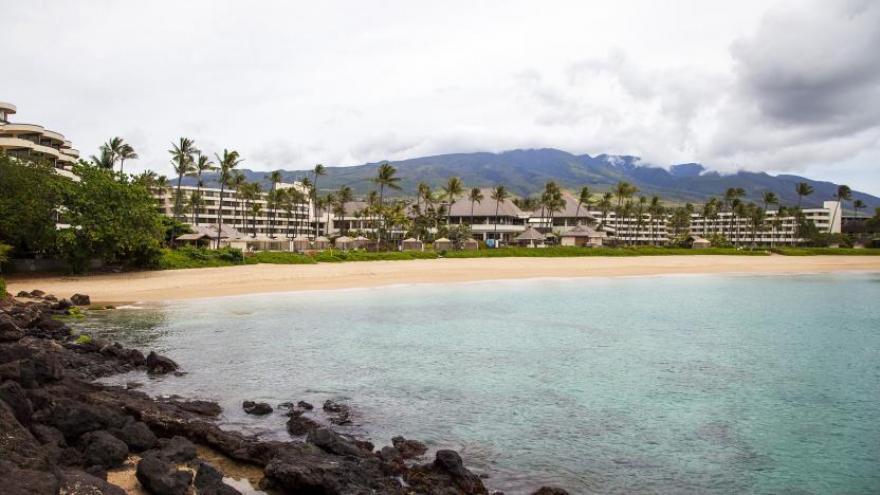 A file photo of Ka'anapali Beach in Lahaina, Hawaii, where the shark attack took place.

(CNN) -- A 73-year-old California man snorkeling off Maui's Ka'anapali Beach on Friday morning was apparently bitten by a shark, according to the Maui Department of Fire and Public Safety.

The man was approximately 40 yards from shore when he suffered an apparent bite to his calf, officials say. He was able to make it to shore under his own power and was administered first aid. The man suffered lacerations to his calf and is in good condition, officials say.

The shark was estimated to be 8 feet in length, the department said in a press release. Authorities remain at the scene and are advising beachgoers to stay out of the water.

The incident is the second shark attack of the year in Hawaii. The first one took place on January 2.

Friday's incident comes six weeks after a fatal shark attack at nearby Honolua Bay, where a 56-year-old local man died after suffering severe lacerations to his left leg, according to the Hawaii Department of Land and Natural Resources.

The man was surfing in the early morning hours of December 8 when he was attacked by a tiger shark estimated at 14 feet in length, according to an incident list posted by the Hawaii Department of Aquatic Resources.

Last year, there were six confirmed shark bites in Hawaii. The chances of being bitten by a shark are less than one in a million, according to the Department of Land and Natural Resources.