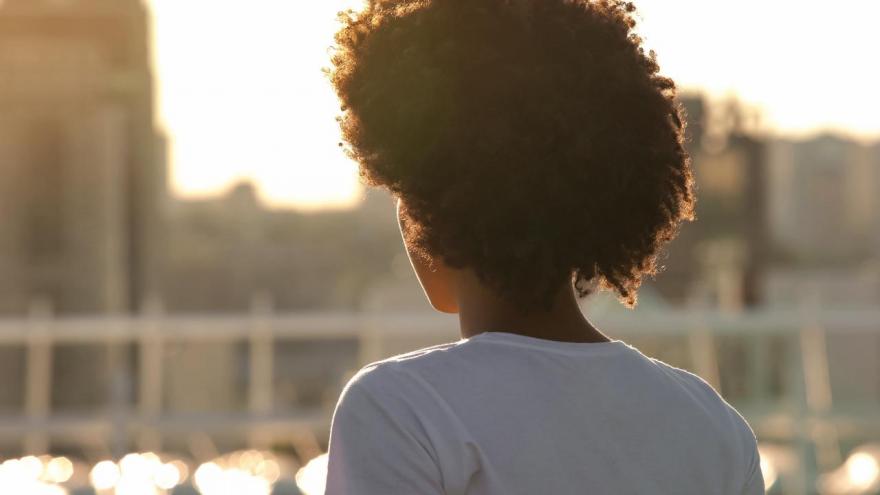 The California state assembly has passed a bill banning employers from discriminating against people with natural hair. It now heads to Gov. Gavin Newsom's desk to be signed into law, making it the first statewide ban on natural hair discrimination.

(CNN) -- The California state assembly has passed a bill banning employers from discriminating against people with natural hair. It now heads to Gov. Gavin Newsom's desk to be signed into law, making it the first statewide ban on natural hair discrimination.

The Crown Act, introduced by Los Angeles Democrat Sen. Holly Mitchell, is aimed at creating a respectful and open workplace for those with natural hair.

SB 188 updates the state's anti-discrimination laws so the definition of race includes "traits historically associated with race, including, but not limited to, hair texture and protective hairstyles."

It passed the State Assembly on Thursday with a unanimous 69-0 vote.

California Assemblymember Sydney Kamlager-Dove said the new legislation could set a precedent as the first statewide measure to ban natural hair discrimination in the country.

The purpose of the measure is to educate the public about the unique qualities of black hair textures and challenge commonly held myths and misconceptions about what constitutes professional hair styles in the workplace, schools, media and even the military, Kamlager-Dove said.

Policies against natural hair are unfair toward African-Americans, the bill says.

"Workplace dress code and grooming policies that prohibit natural hair, including afros, braids, twists, and locks, have a disparate impact on black individuals as these policies are more likely to deter black applicants and burden or punish black employees than any other group," the bill says.

The bill will encourage schools and businesses to create grooming policies that foster inclusion and diversity, Mitchell said. African-American men and women have often had to endure expensive, painful and even dangerous chemical treatments to change their hair to conform to these beauty standards, she added.

'Too many reports of black children humiliated'

Mitchell said that until recently, an image search for "unprofessional hairstyles" only showed black women with natural hair, braids or twists.

"I believe that any law, policy or practice that sanctions a job description that immediately excludes me from a profession -- not because of my capacity or my capabilities or my experience but because of my hairstyle choice -- is long overdue for reform," said Mitchell, who observed that she wears her hair in a natural style.

Mitchell said that similar state and federal laws protect against discrimination due to religious hairstyles and head coverings.

"However, there are still far too many cases of black employees and applicants denied employment or promotion -- even terminated -- because of the way they choose to wear their hair," she said. "I have heard far too many reports of black children humiliated and sent home from school because their natural hair was deemed unruly or a distraction to others."

Last year, a referee at a wrestling tournament in New Jersey drew widespread condemnation when he ordered a black high school wrestler to cut off his dreadlocks or forfeit his match. This month, a bill introduced in the New Jersey Legislature aims to ban discrimination based on hair.

In February, New York City passed similar protections on the right to maintain natural hairstyles that are closely associated with racial, ethnic or cultural identities.