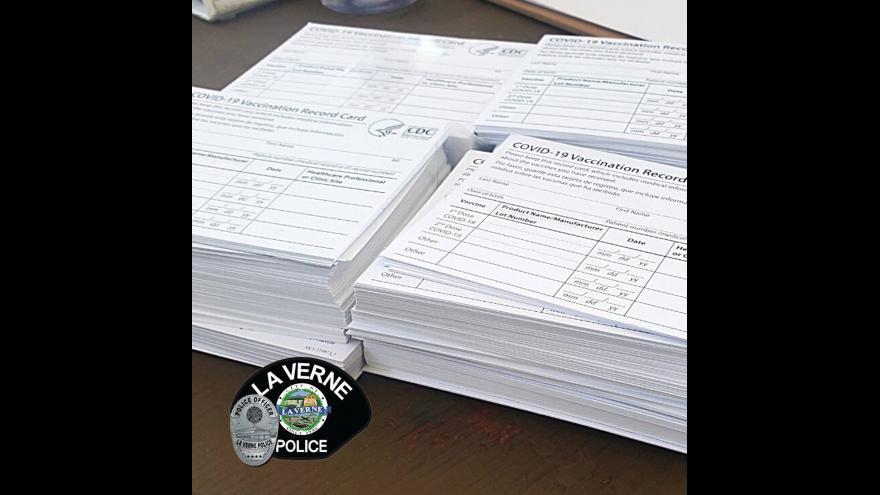 Officers responded to the vaccine site on April 27 and found an employee had stolen blank cards and put them in his car, according to a news release from the La Verne Police Department. Further investigation revealed the employee had more blank cards in his hotel room.

A total of 528 blank cards were recovered, the LVPD release said. Each card has a value of at least $15 if illegally sold, prosecutors said.

The suspect is a 45-year-old man who was a non-clinical contracted employee hired to support the vaccination site, LVPD said.

"Selling fraudulent and stolen vaccine cards is illegal, immoral and puts the public at risk of exposure to a deadly virus," District Attorney George Gascón said in a statement.

In response to the incident, the Los Angeles County Department of Public Health said it is cooperating with the La Verne Police Department in their investigation.

"Public Health has extensive security measures in place which allowed for the quick identification of the theft and after this incident in April added additional protocols to prevent future thefts," the department said.

The man is expected to be arraigned on August 25. CNN has attempted to find out if he has an attorney.