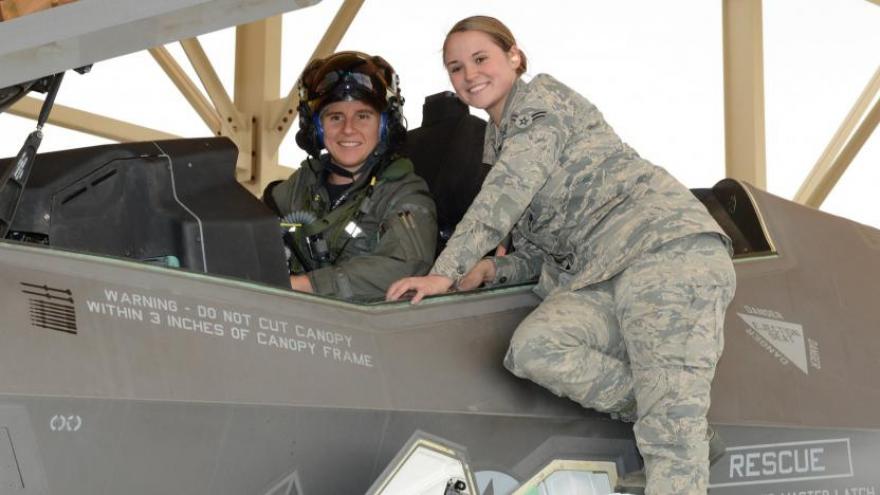 (CNN) -- When Maj. Rachael Winiecki's fighter jet took off from California's Edwards Air Force Base in December, it was a routine flight. But by the time she landed, she had made history.

"I am grateful for the women who have broken barriers previously, they built the path," Winiecki said in a statement. "I look forward to the day when sorties like this are a regular occurrence."

Winiecki said aviation tends to be a male-dominated field, but the number of women who do flight tests is increasing.

"I may be the first female developmental test pilot (in the F-35), but (pilots) are just one small part of the test enterprise," said Winiecki, adding that her California squadron also has female test directors, engineers and maintenance workers.

There was also a female crew chief for the historic flight, Airman 1st Class Heather Rice.

Making test flight history is just the latest of Winiecki's accomplishments. She previously flew A-10 jets with deployments in Southwest Asia, Eastern Europe and the Pacific. More recently, she graduated from the US Air Force Test Pilot School at Edwards Air Force Base and test-piloted F-16 aircrafts.

"Maj. Winiecki's accomplishments are exactly why we continue to be at the center of the aerospace testing universe," said Brig. Gen. E. John Teichert, commander of the 412th Test Wing, which conducts all aircraft and weapons systems testing for the Air Force. "Breaking barriers is what we do."