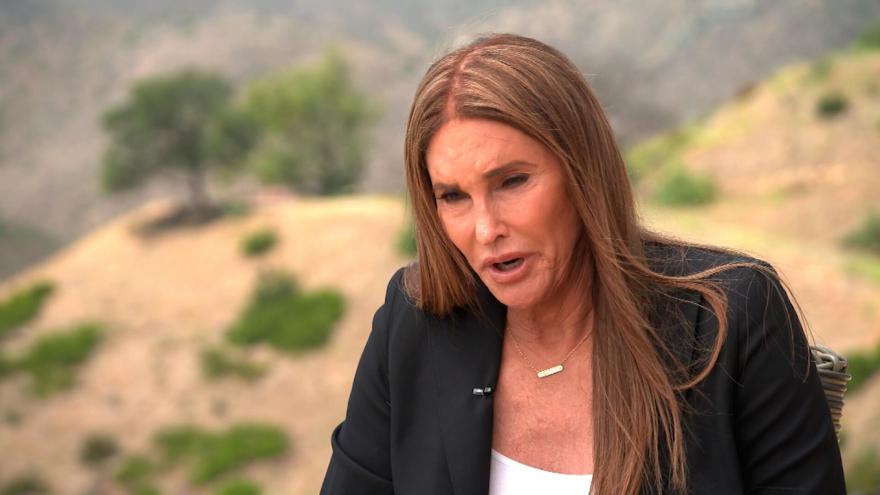 Caitlyn Jenner said that she does not believe the election was "stolen," but argued there needs to be "integrity" in the US election system.

(CNN) -- Caitlyn Jenner is attempting to defy ideological definition as she runs to unseat Gov. Gavin Newsom in California's all-but-certain recall election, telling CNN's Dana Bash that she didn't vote for former President Donald Trump in the 2020 election -- and, in fact, didn't bother to vote at all.

"I didn't even vote," Jenner told Bash in a wide-ranging interview at her home in Malibu. "Out here in California, it's like, why vote for a Republican president? It's just not going to work. I mean, it's overwhelming."

"It was voting day and I thought the only thing out here in California that I worry about, which affects people, is the propositions that were out there," she said. "And I didn't see any propositions that I really had one side or the other. And so it was Election Day and I just couldn't get excited about it. And I just wound up going to play golf and I said, 'I'm not doing that.' "

Jenner did actually vote by mail in the 2020 elections, but she only voted on the ballot propositions and did not vote in the presidential race or other down ballot races, according to a campaign official.

Jenner told Bash she is "kind of on the Republican side" but doesn't like "labels." Defending her lack of government experience, she said she was prepared to take on the role of managing a state that has the fifth largest economy in the world, in part by surrounding herself "with some really good people."

"I have been in the entrepreneurial world. People think -- you've been in show business, think of you as a reality star. Certainly, I've done that, but entertainment is a business, and you have to run that business," Jenner told Bash when asked what kind of training she had to be governor of California. "But I've also done other things. We sold a billion dollars' worth of exercise equipment on television. I've had aviation companies. I've just always been involved being an entrepreneur and tried to inspire my children to do the same thing. And they've done very well in that department."

Those life experiences, she argued, have helped develop her leadership skills. In an interview where she argued that Californians are overtaxed and overburdened by regulation, Jenner noted that she has been meeting with "budget people," but would not say whom because she didn't "want to expose anybody."

The former Olympian is one of several prominent Republicans challenging Newsom in the likely election, which has not been officially called or scheduled because of the complex bureaucratic process to get it on the ballot. But because of her lack of experience in politics, Jenner's policy positions are unknown to many California voters -- other than her advocacy for the rights of transgender people and her past support for Trump, which she rescinded in 2018 because she believed his administration enforced policies that were harmful to transgender people.

At the same time, Jenner is clearly cognizant that Trump's base could serve as a wellspring of political donations in a state that requires tens of millions of dollars to compete. With that in mind, Jenner is attempting to create some distance from Trump's rhetoric and policy positions -- as well as his claims that the 2020 election was fraudulent — without alienating the voters who supported him. Her attempt to find a palatable middle ground on issues like homelessness, the environment and immigration is also a calculated political strategy in a state where Democrats outnumber Republicans by more than 2 to 1.

While Trump continues to spread falsehoods about the 2020 election, Jenner told Bash that she does not believe the election was "stolen," but argued there needs to be "integrity" in the US election system.

"He is our President. I respect that," Jenner said of President Joe Biden in the interview when asked whether Biden was "duly elected." "I realize there's a lot of frustration over that election. You know what? I'm frustrated over what happened back then."

She did not go into specifics about why she was frustrated by the election, which has created deep divisions in the Republican Party. Though she acknowledged that Biden is the President, she also aligned with Republicans who have suggested there is work to do to ensure "integrity" in the election system.

When asked about the scores of lawsuits that Trump and his allies filed to challenge the results despite the lack of evidence of any widespread voter fraud, Jenner said she believes "in the system."

"We are a democratic republic; we need to have integrity in our election system," Jenner said.

Jenner's comments on the election come at the same time that Republican-controlled legislatures in many states are pushing bills that would restrict voting rights -- using Trump's lies about fraud as justification.

The Republican-led effort to recall Newsom last year was fueled by anger about the Democratic governor's strict policies during the dark days of the pandemic but also is a backlash to his far-left agenda. The California secretary of state reported in late April that proponents had turned in the requisite number of valid signatures to initiate the recall. During the next step of the process, voters have 30 business days in which they are allowed to withdraw their names from recall petitions. The quest by Newsom's opponents to unseat him, however, looks increasingly difficult. His approval ratings are steady at above 50% and only 4 in 10 likely voters said they supported recalling him in a recent Public Policy Institute of California poll.

If the recall appears on the ballot, voters would be asked to answer two questions. The first would be whether they want to recall Newsom. The second would be who they want to replace him with, followed by a long list of names of candidates from all political parties, including Jenner's.

Jenner, who is registered as a Republican in California, seemed particularly reluctant to wade into the controversy that Trump has created over the 2020 election and GOP efforts to restrict voting rights, leading Bash to note that it was important for Jenner to share her views because the party has continued to drive Trump's agenda forward in that area.

"The reason I'm asking you about this is because you are a Republican," Bash said at one point.

"I'm kind of on the Republican side," Jenner interjected.

"We label everybody. I don't like labels. I'm me, OK?" Jenner added. "Just because I have conservative economic philosophy -- that's the only thing that the Republicans are kind of on that I'm on. ... I don't know. Maybe you call me a libertarian. Maybe you call me in the middle. I really don't know because when it comes to social issues, I'm much more progressive, much more liberal. So I'm kind of a middle of the road."

Jenner, whose bid for governor is one of the most high-profile campaigns by a transgender person in the country, also weighed in on the issue of trans athletes participating in school sports. The former Olympian created controversy during an impromptu interview with TMZ recently when asked for her opinion on the efforts by some Republican legislatures to ban transgender athletes from participating in sports consistent with their gender identities. She replied that she does not support trans girls playing on girls' teams, because it is "a question of fairness."

When asked about that position during the CNN interview with Bash, Jenner said, "The most important thing for me is we protect women's sports. We can work the other issues out -- for trans women to compete in sports, who are truly trans, who grew up trans and have been trans all their life."

"I'm about protecting women's sports," she told Bash. "My statement was, I don't want biological boys playing in girls' sports."

Jenner told Bash that she supports "legal immigration" and that "the bad ones have to leave." But she also said she supports a path to citizenship for 1.75 million undocumented immigrants in the state's labor force, a position that is at odds with core Republican voters nationally.

She was sharply critical of Newsom's handling of the pandemic, though she said she doesn't blame the governor or the federal government for restrictions put of place at the start of the pandemic.

"I would have definitely done my best to open up as quick as possible," Jenner said when asked how she would have handled the pandemic differently.

But at times during the interview, Jenner appeared to argue for more vigorous government intervention — on the issue of homelessness, for example. When asked whether the more than $2 billion that Newsom has proposed spending on homelessness and housing is enough, Jenner said she wasn't sure.

"It does sound like a lot of money. Is it enough? I don't know. It's a start," Jenner said. When asked what she would do to build more affordable housing, she said the "biggest problem is regulation" and that she would consider changes to the California Environmental Quality Act.

The former Olympian also said she would take a hard look at environmental regulations in California and would "probably not" keep in place California's goal of relying entirely on zero emission energy sources for electricity by 2045.

Jenner praised her children and their entrepreneurial talents but said her family would not play a role in her gubernatorial campaign. She noted that she differs from her stepdaughter Kim Kardashian on halting the death penalty.

"I am in favor of the death penalty," she said.

She emphasized that she and her kids have a great relationship and love each other, but that they were "scared" about the prospect of Jenner running for governor both for her safety and because they were "scared of what the media is going to do."

This story has been updated to reflect that Jenner did vote in the 2020 election.