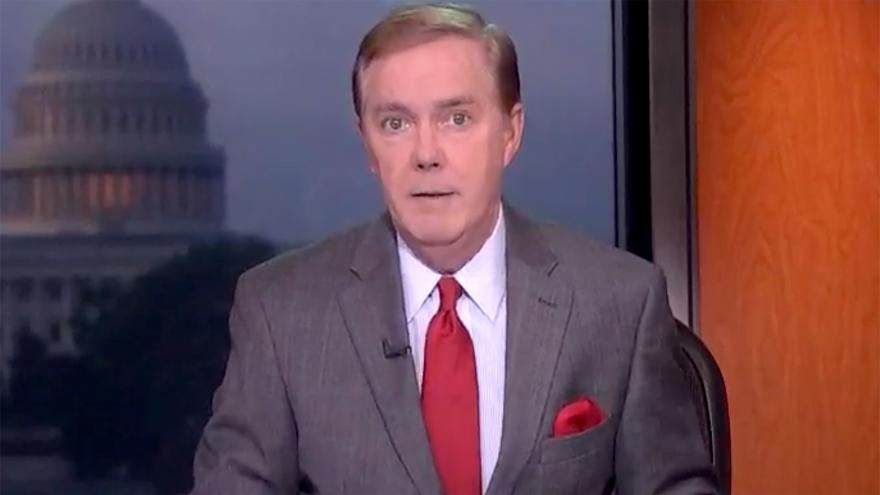 (CNN) -- C-SPAN said Thursday that Steve Scully, the network's senior executive producer and political editor, has been placed on "administrative leave" for lying about being hacked earlier this month.

Scully admitted to "errors in judgement" and apologized in a statement.

Here's the full statement from @SteveScully and @cspan.

Scully: "Out of frustration, I sent a brief tweet addressed to Anthony Scaramucci. The next morning when I saw that this tweet had created a new controversy, I falsely claimed that my Twitter account had been hacked." pic.twitter.com/SNb1pCFjST

And President Trump took a victory lap, proclaiming on Twitter, "I was right again!"

Scully had been selected by the Commission on Presidential Debates to moderate the town hall-style debate that was supposed to take place on Thursday night. It would have been a pinnacle moment for his career. Last week, however, the debate was scrapped after Trump objected to the virtual format imposed by the commission.

While the debate was up in the air, and Trump was criticizing Scully publicly, the C-SPAN veteran sent a tweet to Trump friend-turned-foe Anthony Scaramucci.

"@Scaramucci should I respond to trump," Scully wrote on the evening of October 8, shortly after Trump labeled Scully a "Never Trumper."

When the strange tweet to Scaramucci went viral the following morning, Scully claimed he was hacked. The commission and C-SPAN both vouched for him.

"Steve Scully did not originate the tweet and believes his account has been hacked," C-SPAN said in a statement.

Conservative media outlets expressed skepticism about that claim and pointed out that he had used the hacking excuse in the past. Fox News devoted multiple segments to the subject.

Nearly a week later, on Wednesday night, Scully admitted to C-SPAN and the commission that he did send the tweet.

"For several weeks, I was subjected to relentless criticism on social media and in conservative news outlets regarding my role as moderator for the second presidential debate, including attacks aimed directly at my family," Scully said Thursday in a statement.

Some of the social media commentary was about the fact that Scully briefly interned for former Vice President Joe Biden more than forty years ago, when Biden was a senator. Other commentary was much harsher.

"This culminated on Thursday, October 8," Scully wrote Thursday, "when I heard President Trump go on national television twice and falsely attack me by name. Out of frustration, I sent a brief tweet addressed to Anthony Scaramucci. The next morning when I saw that this tweet had created a new controversy, I falsely claimed that my Twitter account had been hacked. These were both errors in judgement for which I am totally responsible. I apologize."

Scully asked for the forgiveness of C-SPAN and the commission "as I try to move forward in a moment of reflection and disappointment in myself."

Mere minutes after The Associated Press broke the news about Scully's suspension, Trump tweeted, "I was right again! Steve Scully just admitted he was lying about his Twitter being hacked. The Debate was Rigged! He was suspended from @CSPAN indefinitely. The Trump Campaign was not treated fairly by the 'Commission'. Did I show good instincts in being the first to know?"

Trump is still slated to attend the commission's final presidential debate of the season, on October 22, with moderator Kristen Welker of NBC.

C-SPAN, beloved by political junkies for its uninterrupted coverage of Washington events, said Scully "understands that he made a serious mistake. We were very saddened by this news and do not condone his actions."

The network said he has been placed on administrative leave "starting immediately," but also signaled a possible path forward for Scully, one of its best-known hosts.

"During his 30 years at C-SPAN, Steve consistently demonstrated his fairness and professionalism as a journalist," the network said in a statement. "He has built a reservoir of goodwill among those he has interviewed, fellow journalists, our viewers, and with us." That's why, the network said, "after some distance from this episode, we believe in his ability to continue to contribute to C-SPAN."