Buttigieg gets the most delegates and Sanders comes in second, Iowa Democratic Party says 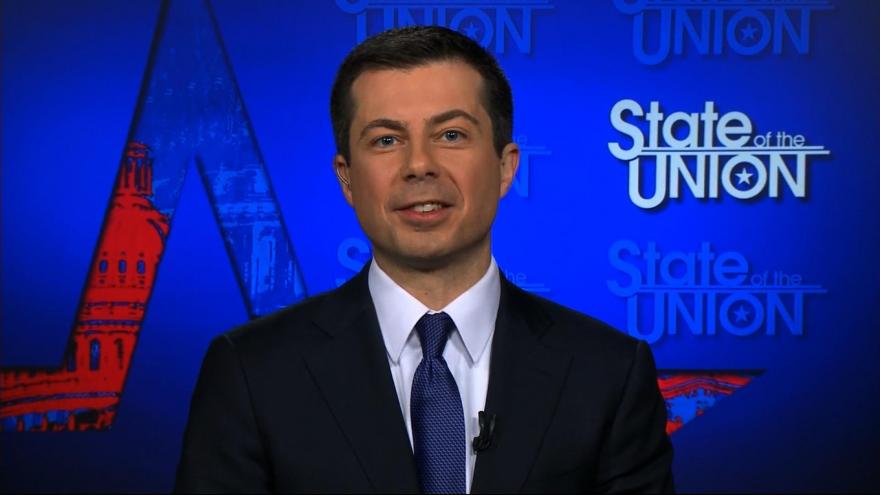 Pete Buttigieg holds a 0.1% lead over Bernie Sanders in the state delegate equivalent count, which determines the winner of the Iowa caucuses, according to numbers released Sunday. According to the Iowa Democratic Party, Buttigieg will claim 14 delegates.

(CNN) -- The Iowa Democratic Party has released updated vote numbers and a new national delegate estimate after completing their review of 95 precincts which campaigns had flagged as potentially inaccurate.

With these updates in place, Pete Buttigieg holds a 0.1% lead over Bernie Sanders in the state delegate equivalent count, which determines the winner of the Iowa caucuses. That margin is unchanged from the previously announced results.

If there are no requests to recanvass or recount, Buttigieg would be the winner of the Iowa caucuses. According to the Iowa Democratic Party, he will claim 14 delegates. Vermont Sen. Bernie Sanders will receive 12, Massachusetts Sen. Elizabeth Warren will get eight, former Vice President Joe Biden will receive six, and Minnesota Sen. Amy Klobuchar will get one.

The party said it has revised 55 precinct reports -- 3% of precincts -- after campaigns had raised some reports of inconsistencies following Monday's caucuses.

The reviews come after campaigns for Buttigieg, Sanders and Warren submitted their respective evidence of inconsistencies to the Iowa Democratic Party.

Chaos engulfed the Iowa caucuses last week, with issues arising from a faulty app, an overwhelmed call-in line and lack of clarity from the party delaying the official release of the results from the Hawkeye State, leading some top Democrats to call for the state to lose its first in the nominating calendar position.

That chaos has allowed both Buttigieg and Sanders to claim victory, and helped obscure less than strong performances by candidates like Biden.

Iowa Democratic Party Chair Troy Price told reporters Friday that the mistakes made during the Iowa caucuses were "categorically unacceptable," but dodged most questions about the issues surrounding the mistakes by saying they will be made public through the "course of the (independent) investigation" that the party plans to undertake.

At the heart of the issue is whether the party can correct obvious mistakes that are made on worksheets that precinct chairs fill out across the state during the Iowa caucuses. The worksheets, which the party noted are legal documents, are meant to show the work that each caucus volunteer did on caucus night, but campaigns have flagged mistakes made on those worksheets.

Officials from the party said on Sunday they cannot alter the data written on the signed caucus math worksheet, a party aide told reporters on Sunday.

"We cannot go back and change results because it would be us changing the data, changing the information provided from each of the precincts," the aide said.

"The Iowa Democratic Party cannot go in and make changes," one aide added.

"We follow the math worksheets and we are obligated to report what is given to us," said another aide.

"You can expect us to be asking the Iowa Democratic Party for a recanvass of the discrepancies that we have identified and found tor them. We'll be searching for and identifying even more. It's been handled incompetently from our perspective, and we'll be asking them to take a look at some of these obvious discrepancies that have affected our count and I think after it is all said and done, it should be the case that we have the same number of national delegates as Pete Buttigieg," Shakir said.

"But you can expect some action from the Sanders campaign tomorrow," he said.

Buttigieg has signaled that he's not inclined to call for a recanvass and said on Friday that he would "leave it to the party" to decide on what is necessary.