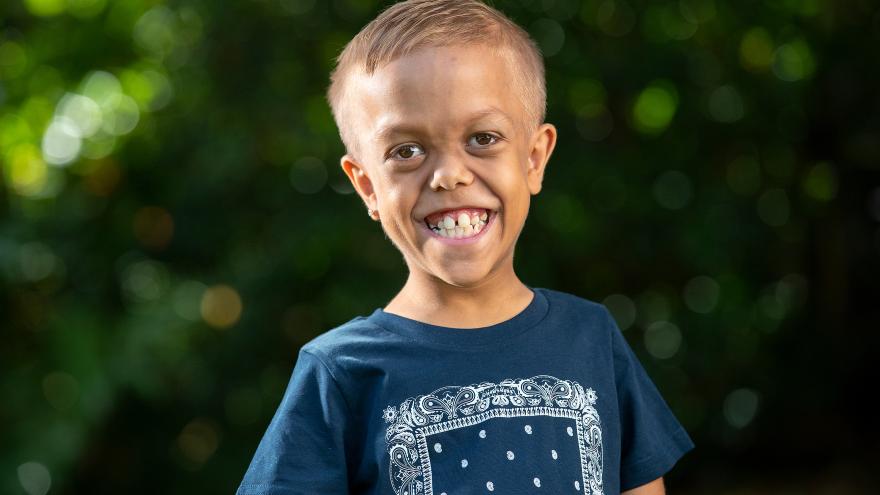 (CNN) -- Quaden Bayles, an indigenous Australian boy who won the support of celebrities and well-wishers around the globe after being bullied because of his disability, has landed a role in the new "Mad Max" movie.

Oscar-winning director George Miller has cast the now 11-year-old in a small role in the movie "Furiosa," a prequel to his 2015 post-apocalyptic blockbuster "Mad Max: Fury Road."

Miller revealed in an interview with the Sydney Morning Herald's Good Weekend magazine, published Saturday, that he was moved to put Bayles on the big screen after watching the distressing video his mother shared of him in February 2020.

The Queensland boy, born with a type of dwarfism known as achondroplasia, is already scheduled to appear alongside Idris Elba and Tilda Swinton in Miller's next film, "Three Thousand Years of Longing."

"It was good for us and it was good for him," Miller told the Sydney Morning Herald. "And he did such a good job that he's got a small role in Furiosa."

CNN has contacted representatives for Miller and Bayles for further comment.

In the 2020 viral video clip, Bayles is shown crying uncontrollably in the back of his mother's car as he asks for a knife to kill himself.

"This is what bullying does," his mother, Yarraka Bayles, said in the video, livestreamed on Facebook to raise awareness of the impact of bullying. "Can you please educate your children, your families, your friends?"

The video also caught the attention of celebrities, including Australian actor Hugh Jackman, who posted a video message on Twitter telling Bayles: "No matter what, you've got a friend in me."

"Quaden, you are stronger than you know, mate," Jackman said. "Everyone, let's just please be kind to each other. Bullying is not OK, period."