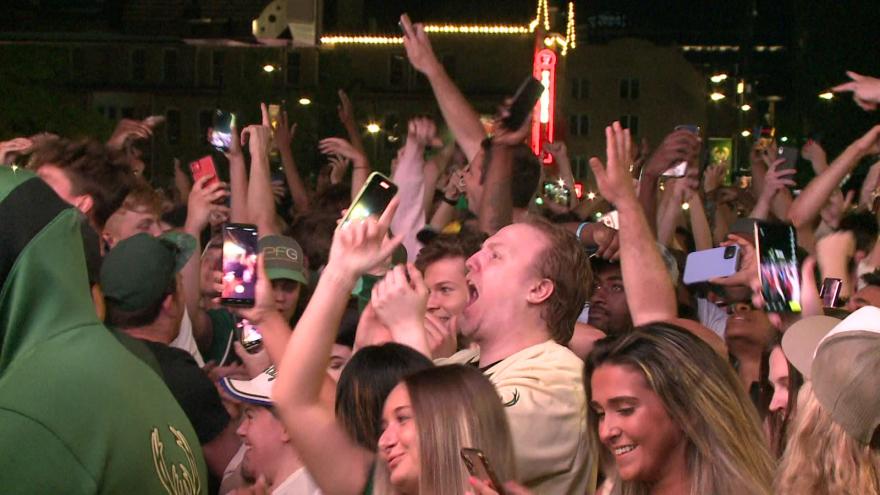 ATLANTA (AP) — The Milwaukee Bucks are headed back to the NBA Finals for the first time since 1974.

They didn't even need two-time MVP Giannis Antetokounmpo to lock up their spot.

Khris Middleton scored 32 points, including a run of 16 straight points in a decisive third quarter for a 118-107 victory over the Atlanta Hawks in the Eastern Conference final.

Milwaukee won the series 4-2, advancing to face the Suns in the NBA Finals.

Trae Young returned to the Hawks' lineup after missing two games with a foot injury.

But it wasn't enough to extend Atlanta's surprising playoff run.