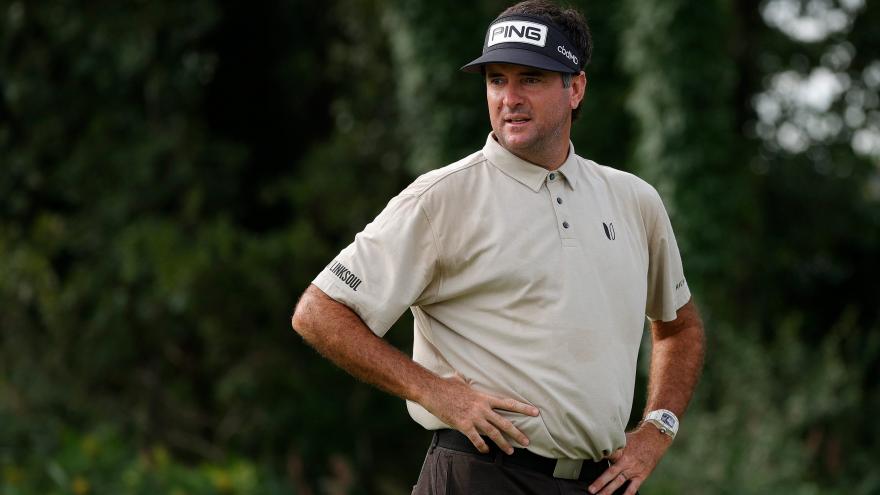 (CNN) -- Bubba Watson sunk to his knees and asked for "God to take" his life.

Back in 2017, a stomach issue had meant he'd lost a lot of weight and golf wasn't going so well, leaving him considering retiring from the sport he loves. On top of that, his mind was taking him "down a rabbit hole."

He remembers fearing he wasn't good enough and wasn't well liked. Such were the struggles he was experiencing, Watson "feared for" his life, described his feelings to CNN's Patrick Snell as being the "darkest of the dark at that moment."

"When I looked in a mirror at that moment when I was down to a 162 pounds, all I saw was a thin Bubba, a guy losing weight, a guy not going to make it," the two-time Masters winner explained.

Realiizing he didn't want his life to end, Watson says his faith and his wife helped him return to a better place psychologically.

Watson has been married to his wife Angie for 17 years, and they have two adopted children together. A former professional basketball player, Angie provided the support he needed in his lowest moments.

"Being able to be a man and speak to her and tell her my deepest, darkest secrets and let her know what I was going through and let her know that I was scared ... that's a hard thing to do," the 43-year-old remembers.

"I mean, talking to my wife and supposed to be the man of the house ... but then thinking about my knees on the floor, when I hit the floor and ask for the Lord to take me, I thought about: 'Wait, if this is the last 10 minutes of my life, this is the last 30 minutes, the last day, last two weeks, whatever it is, I need to be better. I need to be better for her and be better for my kids.'

Watson was in such a hole in 2017 that he was willing to give up golf, the sport which was "near and dear" to his heart and had brought him so much success.

However, Angie convinced him to stick with it as she understood that it would be something her husband that might help him work his way back to normality.

Watson has had a brilliant career in golf. Including his Masters titles in 2012 and 2014, he's won 12 times on the PGA Tour and has represented the US at the Ryder Cup, the Presidents Cup and the 2016 Rio Olympics.

The Florida native will be returning to the PNC Championship in Orlando in December with his son Caleb. Having played last year alongside his father-in-law, Watson expressed his excitement at playing at the tournament which "attracts major champions whose victories this year span from 1959 to 2021."

However, when it comes to his legacy, Watson hopes it has nothing to do with what he did on the course.

"I want it to be defined as a good man that tried harder every day," he said. "And I don't want it to say anything about golf because I want my kids to know me as their dad.