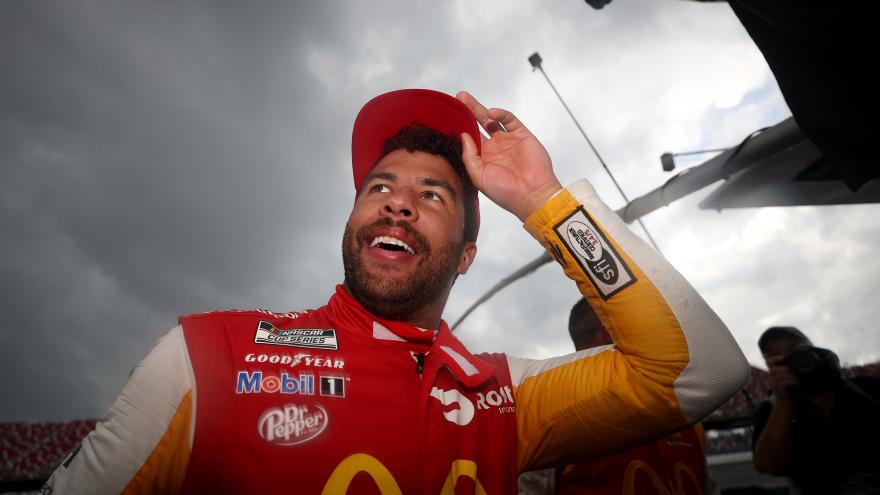 Wallace is the first Black person to win the Cup Series since 1963, when NASCAR Hall of Fame driver Wendell Scott led the race.

"Talladega, we're winners," Wallace said in a video posted on the Twitter account of Alabama's Talladega Superspeedway, where the race took place. "What a perfect weekend, or weekday, I should say. I just knew something about it."

Wallace was born in Alabama. And last year at the same track, a noose was found in his garage stall, prompting an FBI hate-crime investigation.

Just after the race, Wallace thanked his team and the owners, sports legend Michael Jordan and Denny Hamlin, for the opportunity.

"It's pretty fitting that it comes here in Talladega," he said.

The FBI determined Wallace was not a victim of a hate crime, since the noose had been in the garage since at least 2019. But Wallace later said during an interview with CNN's Don Lemon that that was beside the point.

"It was a noose," Wallace said. "Whether tied in 2019 or whatever, it was a noose. So, it wasn't directed at me but somebody tied a noose. That's what I'm saying."

Asked on Monday what it meant to become the second Black driver to win the Cup Series race, Wallace became emotional.

"I never think about those things, and when you, when you say it like that, honestly it brings a lot of emotion, a lot of joy, to my family, fans, friends. It's pretty damn cool."

This was Wallace's first year driving for 23XI Racing. The victory is also the first for Jordan as an owner.

Correction: An earlier version of this story identified the wrong person who found a noose last year in Bubba Wallace's garage. It was a crew member.