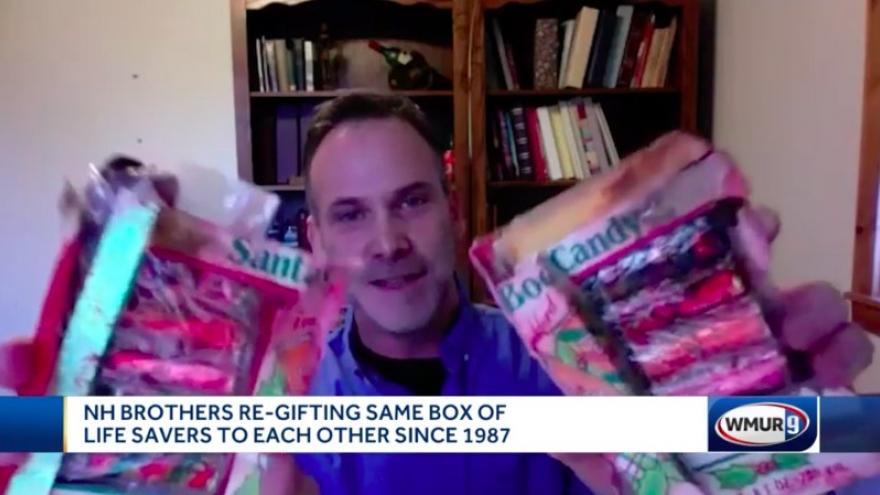 Two brothers have been re-gifting candy to each other for more than three decades.

It started in 1987. Ryan Wasson got some Life Savers for his brother as a joke for Christmas knowing his brother, Eric, didn't like them.

So Eric held onto them and re-gifted them back to Ryan the next Christmas. Fast forward 34 years, and they've been going back and forth every year trying to outdo each other and getting very creative.

They have involved family, co-workers and even a sheriff department one year.

It has become difficult to come up with new ways to surprise one another, so Ryan turned to the u local New Hampshire Facebook group for ideas.

“Neither one of us will give up because we're brothers. We can never give up. If you ask which one has ever done the best as far as giving these, we're both going to say it's ourself. We're never going to give in,” Ryan Wasson, of Ossipee, said.

“They melted one year, so they look pretty sad. So we've got the original box and then we've got a new box. Then they both go out, so the old ones are pretty sad. I wouldn't try those,” Eric Wasson, of Rochester, said.

Ryan Wasson told WMUR he considered having our news team surprise his brother this year with the candy during a mock interview, but clearly, his cover is now blown.