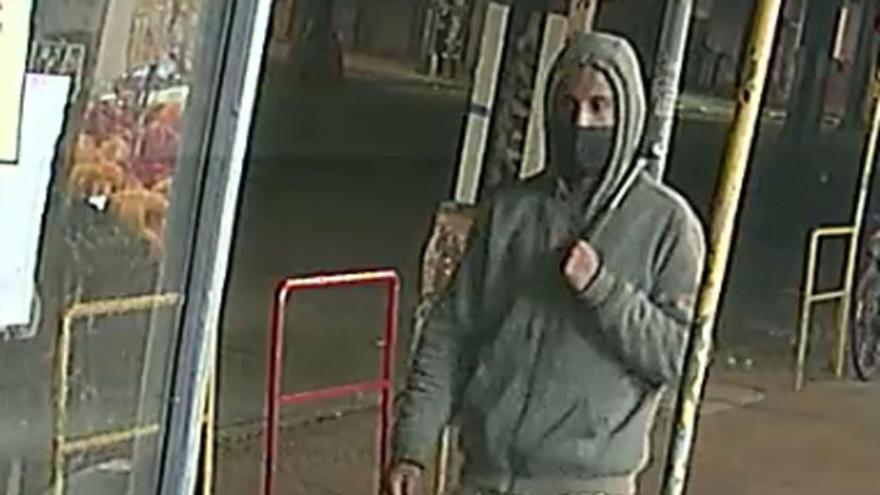 A Brooklyn man has been charged with arson after allegedly attempting to set a synagogue and Jewish school, or yeshiva, on fire Wednesday, according to court documents.

(CNN) -- A Brooklyn man has been charged with arson after allegedly attempting to set a synagogue and Jewish school, or yeshiva, on fire Wednesday, according to court documents.

Ali Alaheri, 29, was allegedly caught on camera "piling numerous garbage bags against the door" of the yeshiva and synagogue located in Brooklyn's Borough Park neighborhood, and then lighting the bags on fire early Wednesday morning, according to a criminal complaint filed in the District Court of Eastern District of New York on Friday.

A fire alarm at the building alerted the Fire Department of New York City (FDNY) and firefighters responded, putting out the fire shortly after the incident, the complaint says.

Later that morning, surveillance footage captured Alaheri allegedly punching a Jewish man wearing traditional Hasidic clothing "multiple times in the head" without any prior interaction or provocation, the complaint states.

Alaheri fled after the assault and jumped over a fence into an alleyway where he then stole a bicycle, according to the complaint.

Alaheri was later stopped by New York Police Department officers at Prospect Park for riding the bicycle in the wrong direction and was issued a summons. Body camera footage from Alaheri's interaction with police at the park confirmed that he was the same individual seen on surveillance footage captured outside of the Brooklyn synagogue and yeshiva, which led to his arrest on Friday at Dobbs Ferry, New York, according to the complaint.

Alaheri's attorney did not immediately respond to CNN's request for comment.

Wednesday was not the first time that Alaheri "set fire to and defaced a religious institution," a detention memo from the office of Acting US Attorney for the Eastern District of New York Mark Lesko reads.

Surveillance footage obtained by law enforcement shows Alaheri allegedly toppling over a crucifix, defacing a statute of Jesus with a hammer, and then setting fire to an American flag outside a Catholic church a week earlier, according to the memo.

Earlier this month, Alaheri was also allegedly caught on camera punching a Black man unprovoked in a subway station, the memo states.

In Alaheri's initial court appearance Saturday, a Brooklyn judge ordered him to be detained until his next court appearance, according to attorney's office spokesman John Marzulli. Other charges against Alaheri beyond arson may be pending.