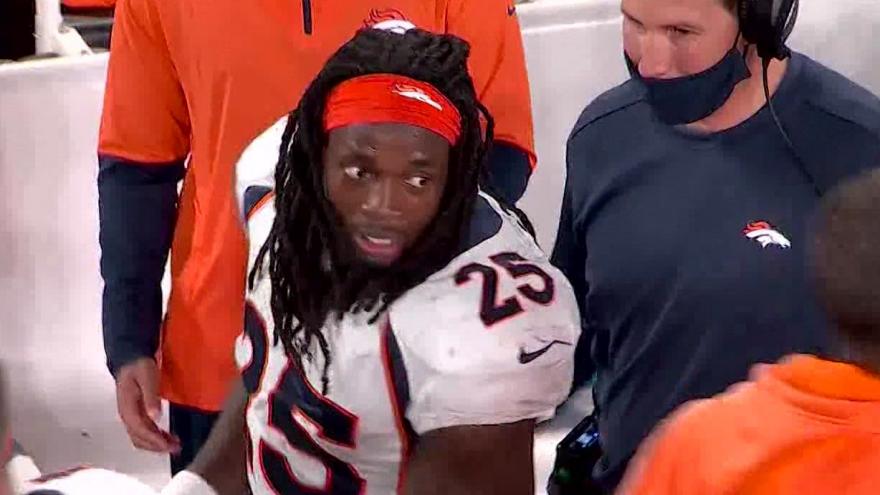 ENGLEWOOD, Colo. (AP) — Denver Broncos running back Melvin Gordon III has been cited by Denver police for driving under the influence and speeding.

The Broncos say they're looking into the matter. Police records show Gordon was driving between 25 and 39 mph over the posted speed limit when he was pulled over in downtown Denver.

Gordon joined the team last offseason when he signed a two-year free agent contract worth $16 million.

The Broncos didn't play last weekend because of several coronavirus cases on the Patriots' roster.