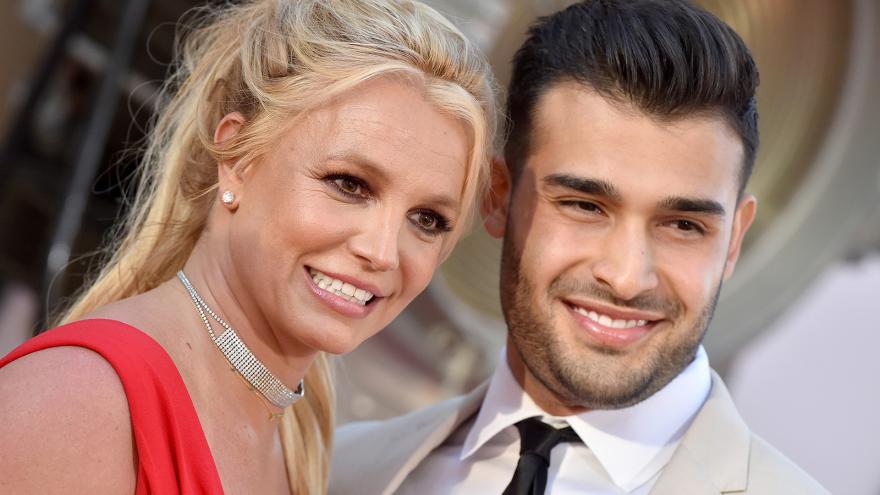 The pop superstar tied the knot with Sam Asghari as planned on Thursday evening, a source close to Spears confirms to CNN.

The intimate ceremony took place at her home in Thousand Oaks.

The pair, who got engaged in September 2021, first met in 2016 when Asghari co-starred with Spears in the video to her single, "Slumber Party."

This is the singer's third marriage.

Prior to the ceremony on Thursday, Spears' ex-husband, Jason Alexander, was arrested and charged with trespassing and battery after gaining unauthorized access to the wedding site, according to police.

Ventura County Sheriff's deputies were called to the residence in response to a trespassing report, according to police.

The trespassing suspect was later identified as Alexander, according to Sgt. Cyrus Zadeh with the county sheriff's office.

Alexander was confronted by security when he entered the singer's property, and an altercation ensued between him and two security officers, Zadeh told CNN. Both security guards were battered in the physical struggle.

Alexander was arrested and charged with misdemeanor trespassing, two misdemeanor counts of battery, and a misdemeanor vandalism charge, Zadeh said.

Spears was married Alexander, a childhood friend, for about 55 hours in 2004 before the marriage was annulled. She was also married to dancer Kevin Federline, with whom she shares two sons, before filing for divorce in 2006.