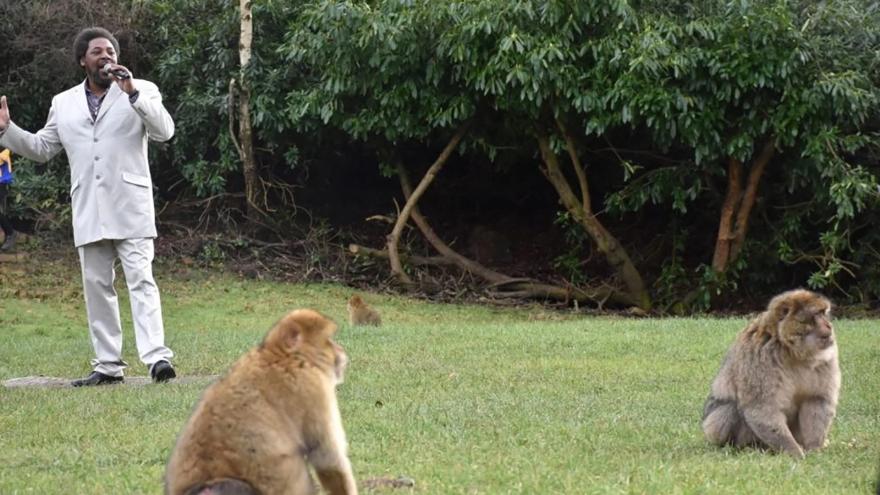 (CNN) -- The music of Motown's Marvin Gaye is legendary for getting folks in the mood for some "Sexual Healing."

So, approaching Valentine's Day, a British zoo wondered if it could lead endangered monkeys to say, "Let's Get It On," too.

The furry residents of The Trentham Monkey Forest in Stafford, England, got some soulful encouragement from a Gaye impersonator. David Largie performed some of Gaye's classic hits inside the Barbary macaque habitat to put them in the mood for breeding.

"We thought it could be a creative way to encourage our females to show a little affection to males that might not have been so lucky in love," Park Director Matt Lovatt said on the zoo's website.

"Females in season mate with several males, so paternity among our furry residents is never known. Each birth is vital to the species, with Barbary macaques being classed as endangered."

About 8,000 to 10,000 remain in the wild, according to the Barbary Macaque Awareness & Conservation organization.

The zoo says the animals engaged in some foreplay-like grooming and teeth chattering, so it's possible the tactic worked.

Birthing season is in the late spring or early summer.

"Hopefully, Marvin's done his magic and we can welcome some new babies," Lovatt said.