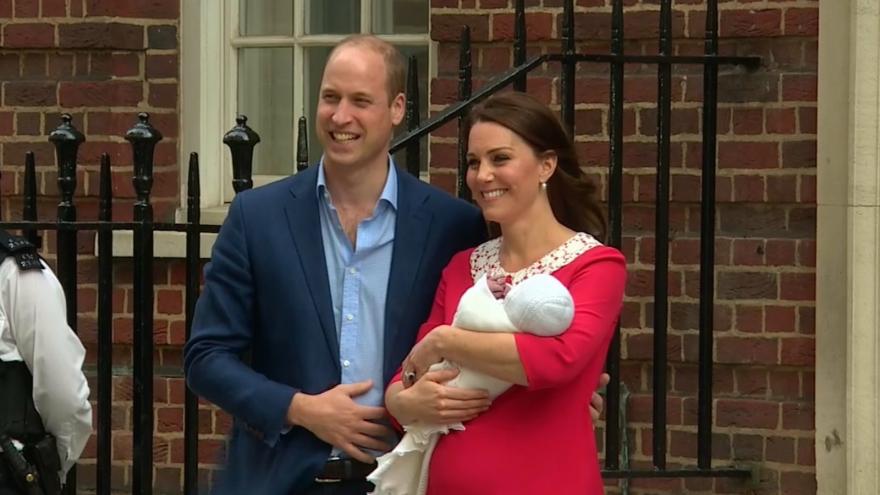 LONDON (AP) — The Duchess of Cambridge and Prince William have left a London hospital and headed home with their newborn son.

The duchess, who gave birth Monday morning, emerged from St. Mary's Hospital about seven hours later alongside her husband, holding the baby wrapped in a white blanket. The trio posed for photographers before going back inside.

The royals emerged a few minutes later with their infant in a carrier and got into a waiting car.

The newborn prince's elder siblings, Prince George and Princess Charlotte, already had gone home after a brief first meeting with their baby brother.

Royal officials say the baby weighed in at eight pounds, seven ounces (3.8 kilograms). The prince, whose name has not been released, is fifth in line to the British throne.

LONDON (AP) — The Latest on the royal baby birth (all times local):

Kensington Palace says the Duchess of Cambridge has given birth to her third child, a boy weighing 8 pounds, 7 ounces (3.8 kilograms).

Prince William was present for the birth of his son, who is fifth in line to the throne.

The palace says "the queen, The Duke of Edinburgh, the Prince of Wales, the Duchess of Cornwall, Prince Harry and members of both families have been informed and are delighted with the news."

Her Royal Highness The Duchess of Cambridge was safely delivered of a son at 1101hrs.

The Duke of Cambridge was present for the birth.

Her Royal Highness and her child are both doing well. 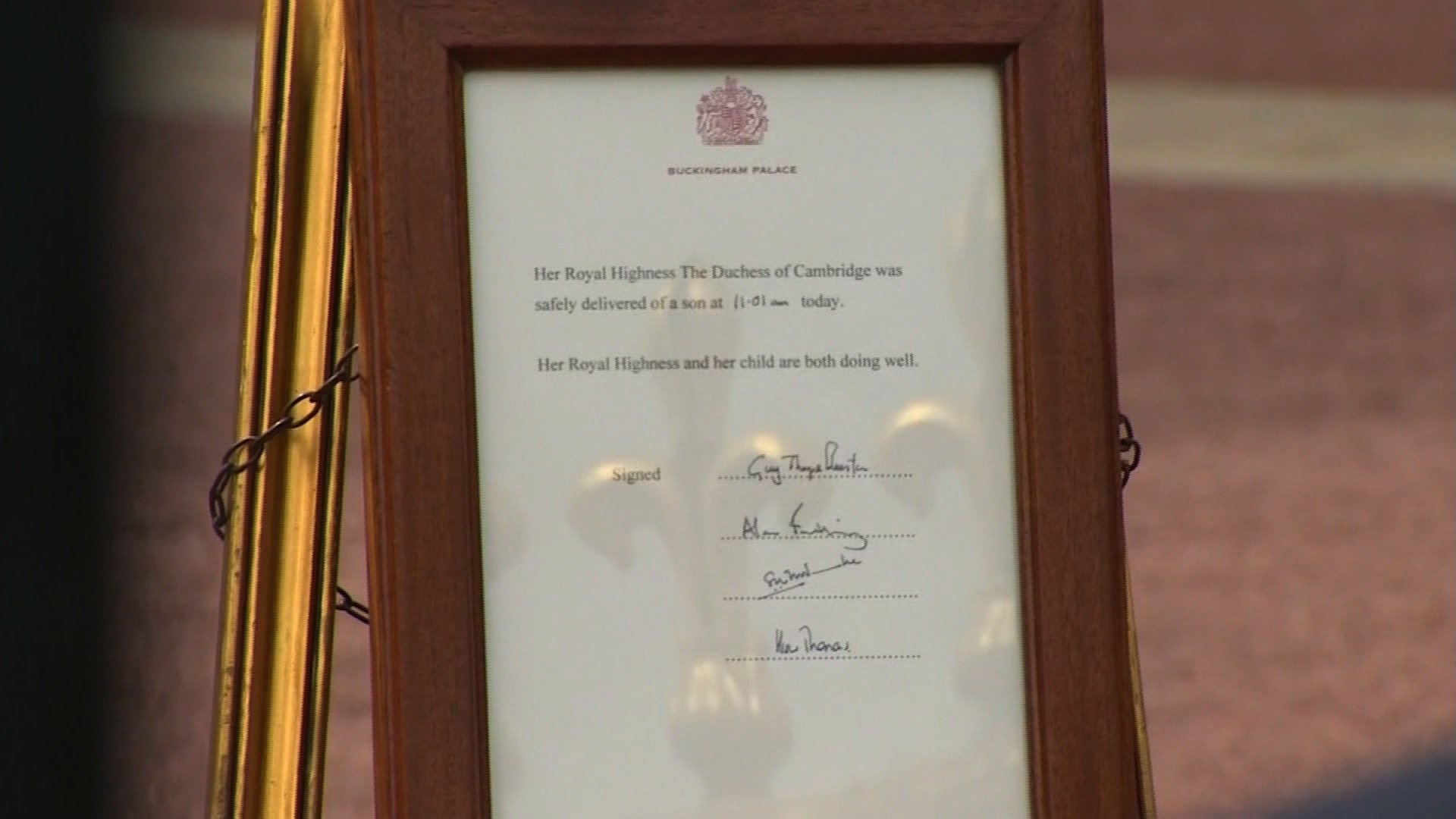 LONDON (AP) — The Duchess of Cambridge entered a London hospital Monday in labor, Britain's royal palace said. The baby will be a third child for her and husband Prince William and fifth in line to the throne.

The 36-year-old duchess and her husband traveled by car from their Kensington Palace home to the private Lindo Wing of St. Mary's Hospital in central London. The palace said Kate was in "the early stages of labor."

William and Kate married in 2011 and have two other children: Prince George, 4, and Princess Charlotte, who turns 3 next month. Both were born at the same hospital, as were William and his younger brother Prince Harry.

The baby, whose gender has not been announced, will be Queen Elizabeth II's sixth great-grandchild and fifth in line to the throne, after grandfather Prince Charles, father Prince William and the two older siblings.

The new arrival will bump Prince Harry to sixth place in the line of succession.

The 36-year-old duchess, formerly Kate Middleton, carried out her last official engagement on March 22 before going on maternity leave.

No exact due date has been given, with officials saying only that the baby was due in April.

Television crews, journalists and royal fans have set up camp outside the hospital for the "royal baby watch" since early April in anticipation of the arrival.

In a mix of royal tradition and modernity, the birth will be announced with a notice placed on an easel in the forecourt of Buckingham Palace — and on royal social media accounts.

Many are betting on a traditional royal name for the baby, with bookmakers saying Mary, Alice, Arthur and James are the most popular guesses. Monday is St. George's Day, England's national day, but the name is already taken by the baby's big brother.

Like its older siblings, the baby's full title will be Her (or His) Royal Highness, Princess (or Prince), followed by several given names.