Bridge given an overall 'poor' rating by Pennsylvania Department of Transportation 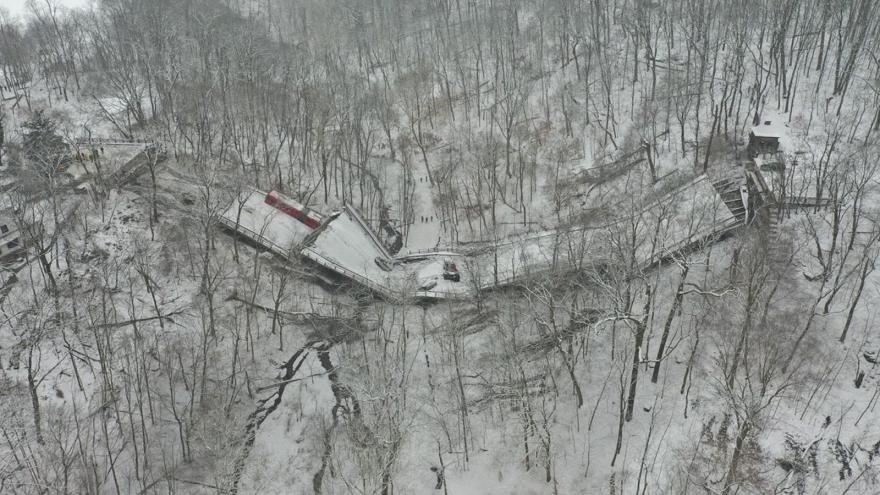 (CNN) -- The bridge that collapsed Friday had an "overall condition" rating of "poor," according to the Pennsylvania Department of Transportation website that tracks bridges across the state.

According to PennDOT, "Bridge condition is determined by the lowest condition rating of the primary components of a bridge or culvert."

President Biden is expected to be in Pittsburgh today to discuss infrastructure.

"This is a horrible way to underscore just how critical our infrastructure needs are in this country because this is a vital artery in the Pittsburgh area," Fetterman said. "It literally just collapsed and now we have a situation here ... from a transportation standpoint, it's going to be incredibly difficult to imagine getting around the way this was given the bridge that is collapsed."