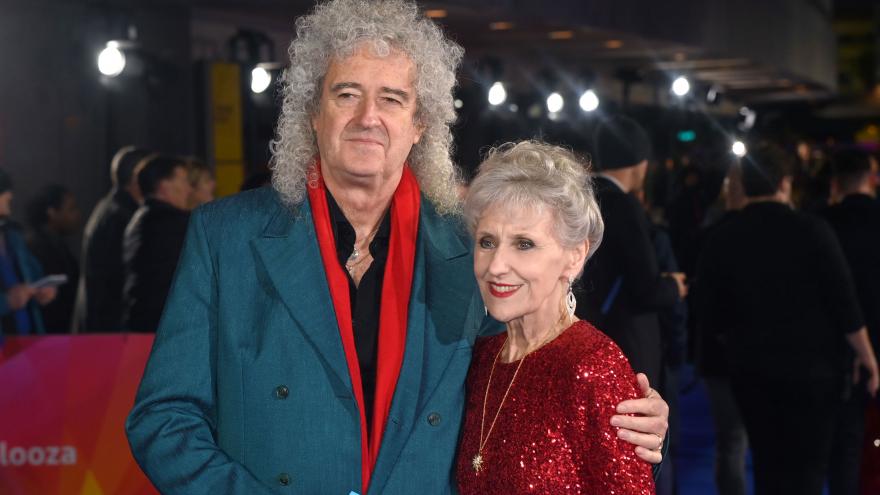 (CNN) -- Rock music icon Brian May has urged the public to get the Covid-19 vaccine, after telling fans on Instagram he's been having a"truly horrible" time since testing positive for the virus last week.

In a series of posts and videos on Instagram, the 74-year-old has been documenting how he's been affected by coronavirus in the last few days.

Taking to Instagram at the weekend, May said that he and his wife, Anita Dobson, had recently made the decision to go to a birthday lunch with some friends.

He told followers that the lunch seemed like a "safe situation," as he'd takena lateral flow test that morning and he and Dobson have both been vaccinated. But he added that, as the Omicron variant spreads across the UK at a rapid rate, the couple were taking a "risk" in attending a party.

The Queen guitarist then delivered a message directly to "the few of you out there who haven't had this" -- in reference to contracting the virus -- about what it has felt like for him since testing positive. He described a few of the days as "horrendous"and said it has been like having "the worst flu you could imagine."

May said that he almost used Instagram when he felt at his worst to show followers how "pathetic" he looked and felt, but he was worried it would "frighten people." He told fans that, for a while, he "couldn't get out of bed" and was "filled" with flu symptoms.

Towards the end of the video, May turned his attention directly towards the unvaccinated and said: "There are so many people in hospitals right now who weren't jabbed who are right on the line between life and death." He added that he doesn't think he would have recovered as well as he has were it not for having had three jabs.

"I beg you and implore you to go and get jabbed," the musician told fans.

British Prime Minister Boris Johnson said on Monday that the United Kingdom is experiencing "cases of Omicron surging across the country," with "hospitalizations rising quite steeply in London."

The UK reported its second-highest number of daily Covid-19 cases since the beginning of the pandemic on Monday, at 91,743.