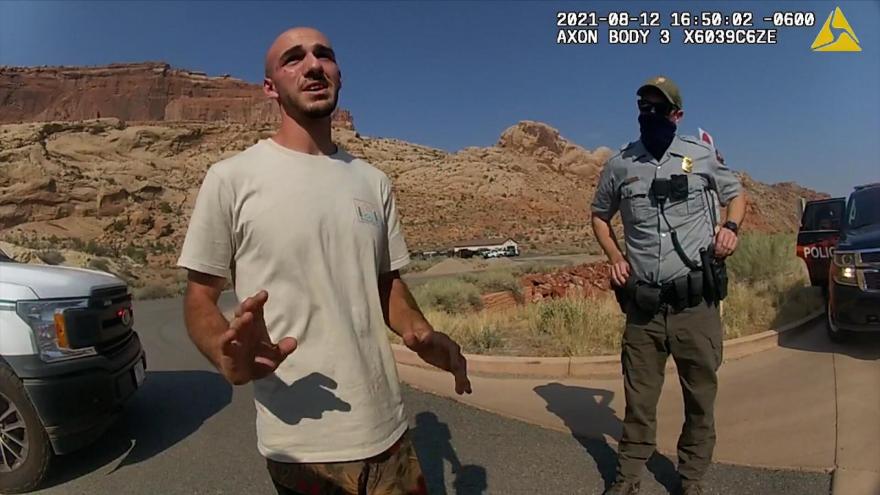 An autopsy report by the Sarasota, Florida, Medical Examiner stated Laundrie died from a gunshot wound to the head.

(CNN) -- The cause of death of Brian Laundrie, the fiancé of Gabby Petito whose disappearance caused a firestorm late last summer, was revealed Monday.

An autopsy report by the Sarasota, Florida, Medical Examiner stated Laundrie died from a gunshot wound to the head.

Laundrie's skeletal remains were found in a thickly wooded area in the Carlton Reserve in Sarasota County in October, according to the medical examiner's report, and had been under "up to three feet and possibly more" of water for an extended period of time before being located.

Officials said only Laundrie's skeleton remained due to "extensive carnivore activity" such as scavenging from coyotes, rodents and raccoons.

The 47-page report also detailed items recovered from the scene where Laundrie's remains were found including a backpack with a tent and flares, a piece of paper and red hat with the logo "Moab Coffee Roasters" and a wooden box that contained a small notebook and photos, according to the report.

In the notebook found with his remains, Laundrie wrote he was responsible for Gabby Petito's death, according to the FBI.

Laundrie had been the subject of a weekslong manhunt when his body was found. His family was informed he shot himself in the head, and his death was ruled a suicide, Laundrie family attorney Steve Bertolino said in November.

Laundrie and Petito embarked on a cross-country trip in June 2021. Two months later, in August, they had an encounter with Moab, Utah, police. Laundrie returned to Florida alone in September, and Petito's family reported her missing.

Her body was found later that month in Wyoming.

In the midst of the search for Petito, Laundrie invoked his Fifth Amendment right -- meaning a person cannot be forced to make statements they feel might be negative or used against them. Police at the time were publicly asking Laundrie and his parents to talk to them about what they knew.

Laundrie himself then went missing, and his remains were found in October.