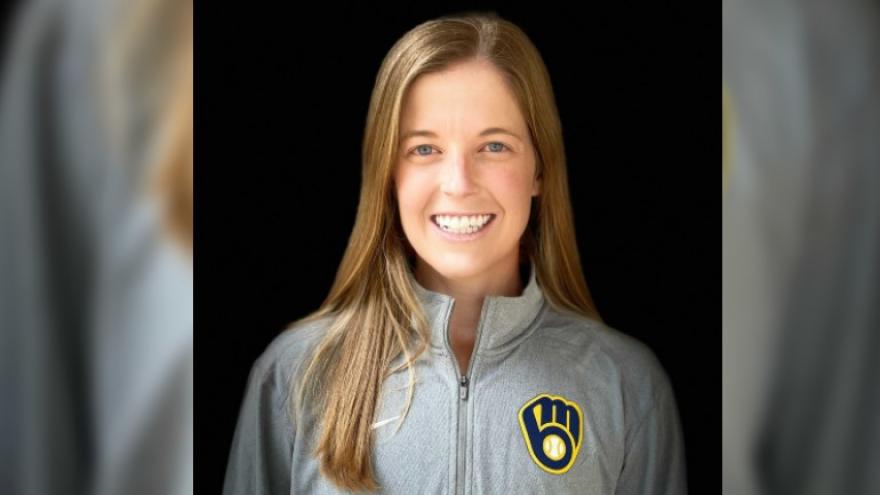 Brewers vice president of minor league operations Tom Flanagan says that "to our knowledge, she would be the first" woman to hold that position in an MLB organization.

Goodrum's official new title with the Brewers is coordinator for hitting development initiatives.

Goodrum played softball for Oregon from 2012-15 and had spent the last three seasons in the Brewers' sports science department.

The Brewers shared more about Goodrum below:

Born and raised in Mesa, Arizona. Graduated from the University of Oregon, where she received a bachelor’s degree in human physiology and was a member of the softball team all four years. During her time at Oregon, she was undergraduate research assistant at the Bowerman Sports Science Clinic. She continued her education at the University of Utah, earning a master’s degree in exercise and sports science. During that time frame, she interned at EXOS (athlete training facility) headquartered in Phoenix and began interning with the Brewers in April 2017 before moving back to Phoenix to intern out of the Spring Training complex for the Arizona League season before becoming fulltime in November 2017. From November 2017 through October 2020, she held the position of coordinator – integrative sports performance before transitioning into her new role coordinator – hitting development initiatives.