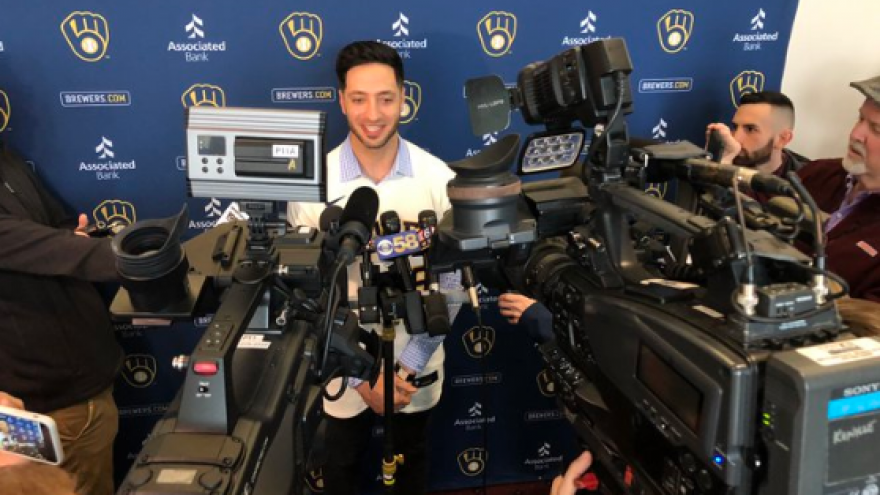 MILWAUKEE (AP) -- Milwaukee Brewers outfielder Ryan Braun acknowledges the possibility this might be his final season.

The 36-year-old Braun is entering the final year of a five-year, $105 million contract he signed in April 2011.

“I don’t take for granted the fact that this could be my last year playing baseball.”

Pretty significant quote from Ryan Braun going into the final year of his #Brewers contract. pic.twitter.com/sgGD0P7skz

Braun said he would decide on his future after seeing how this season goes.

He and his wife are expecting their third child in May.

Braun's 13-year career thus far has has included the highs of winning the National League Most Valuable Player award in 2011 and the lows of serving a 65-game suspension in 2013 when an investigation linked him to the Biogenesis scandal.