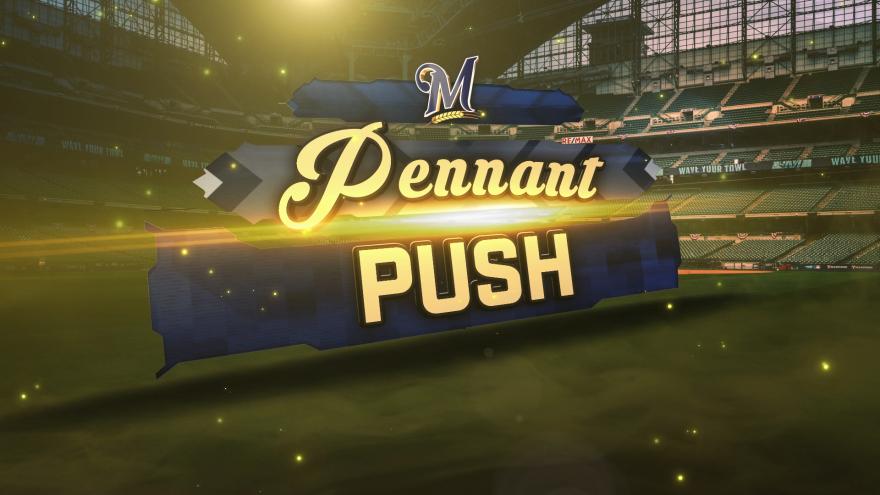 LOS ANGELES (AP) — Jhoulys Chacin combined with four relievers on a five-hitter, Orlando Arcia hit a two-run homer and the Milwaukee Brewers beat the Los Angeles Dodgers 4-0 on Monday to take a 2-1 lead in the NL Championship Series.

Los Angeles loaded the bases against Jeremy Jeffress in the ninth inning, but the struggling closer shut the door. He struck out Yasmani Grandal and pinch-hitter Brian Dozier to complete Milwaukee's third shutout in six playoff games this year.

Game 4 in the best-of-seven series is Tuesday night at Dodger Stadium, with left-hander Rich Hill pitching for Los Angeles. The Brewers had yet to announce a starter.

Ryan Braun had an early RBI double off rookie Walker Buehler, who struck out eight in seven innings. Travis Shaw tripled and scored on a wild pitch in the sixth. Arcia connected for his third postseason homer in the seventh.