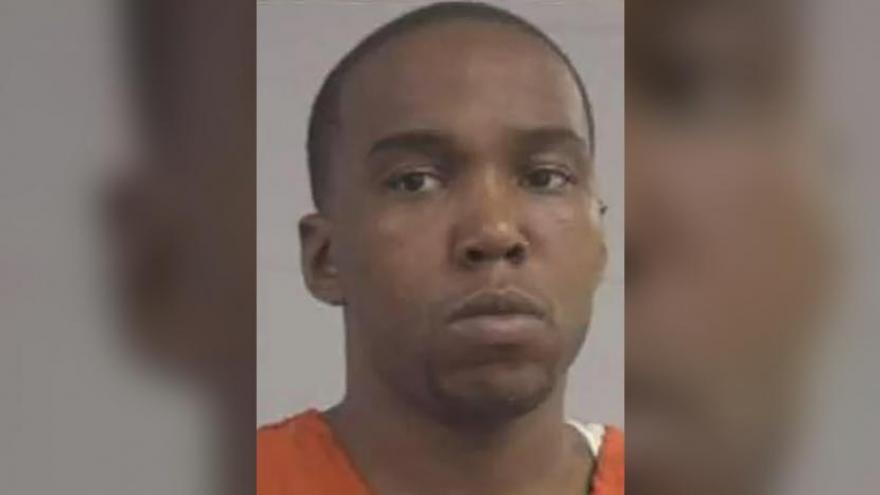 Jamarcus Glover is seen in a photo from the Louisville Metropolitan Police Department.

(CNN) -- Jamarcus Glover, Breonna Taylor's ex-boyfriend, was arrested on drug charges Thursday, a day after telling a local Kentucky newspaper Taylor had no involvement in any alleged drug trade.

Glover was a focus in a narcotics probe by Louisville police that eventually led officers to execute a "no-knock" warrant on Taylor's home in March. He told the Louisville Courier Journal on Wednesday that police used misleading and wrong information to obtain that warrant, during which Taylor, an EMT and aspiring nurse, was fatally shot. No drugs were found in her apartment.

"The police are trying to make it out to be my fault and turning the whole community out here making it look like I brought this to Breonna's door," Glover told the news outlet. "There was nothing never there or anything ever there, and at the end of the day, they went about it the wrong way and lied on that search warrant and shot that girl out there," he said.

Taylor's family and their attorney have maintained the 26-year-old Black woman was not involved in her ex-boyfriend's alleged drug trade.

"It's always been our position and still is that she was never involved in any illegal activity," Taylor's family attorney Lonita Baker told CNN when asked about Glover's comments.

Ju'Niyah Palmer, Taylor's sister, previously told CNN that Taylor was not involved in Glover's alleged drug operation and had forbade him from bringing that aspect of his life into her personal life.

"You cannot come up in my house with any drugs," she quoted her sister as telling Glover. "My sister live(s) here and I can't jeopardize her getting hurt because of what you do."

Glover and Taylor had a past relationship. But Glover was not Taylor's boyfriend at the time of her death and he was not at her apartment that fateful morning.

CNN has reached out to Louisville police and Glover's attorney in regards to the Louisville Courier Journal interview.

Glover was arrested on drug charges Thursday morning, according to Louisville Metro Department of Corrections records and his attorney. He was booked on a number of drug-related charges, including complicity possession of a controlled substance for cocaine and heroin, complicity trafficking in marijuana, complicity tampering with physical evidence and complicity to trafficking cocaine, records show. He's being held on bond of $50,000.

Glover was also arrested the night Taylor was killed but released on bail. This week's arrest stemmed from his failure to pay bail on separate drug offenses last month, according to Jeff Cook, a spokesman for the Commonwealth Attorney's Office.

An attorney for Glover confirmed to CNN his client had been arrested Thursday morning but declined further comment. An attorney for Taylor's family also declined to comment on Glover's arrest.

Glover is scheduled to appear in court Friday morning.

How police obtained the search warrant

Taylor was sleeping next to her current boyfriend in the early hours of March 13. When they heard noise, they both got up and walked to the door and Taylor's boyfriend fired a warning shot, mistaking police for intruders.

A CNN investigation found that detectives had linked Taylor's home to Glover, who was suspected of supplying a local drug house. Police said Glover had recently used Taylor's residence as his "current home address," according to an affidavit for a search warrant. The detective who wrote the affidavit said he saw Glover walk into Taylor's apartment in mid-January and leave with a package before going to a "known drug house."

Taylor's apartment on Louisville's South End was one of five locations police obtained search warrants for as part of the investigation.