Breonna Taylor would be alive if police hadn't given her time to answer the door, officer involved in raid says 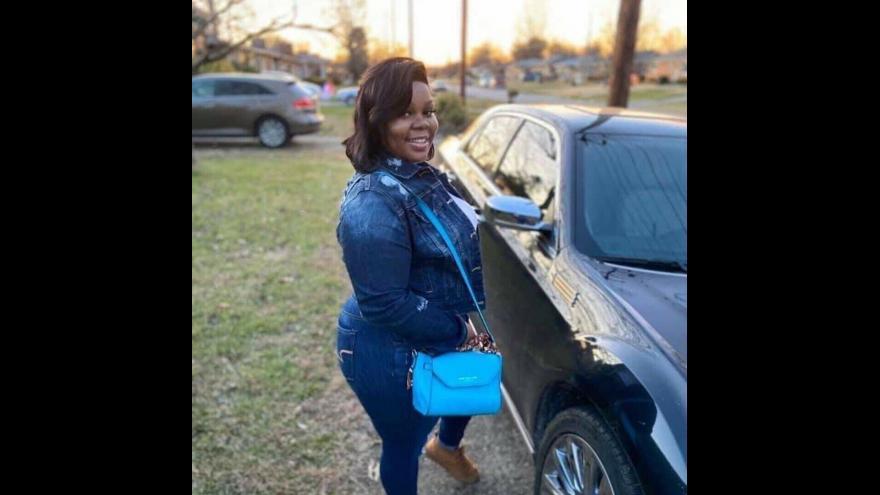 Breonna Taylor would be alive if Louisville police had executed a no-knock warrant at her apartment, Sgt. Jonathan Mattingly, one of the officers involved in the botched drug raid, said in an interview.

(CNN) -- Breonna Taylor would be alive if Louisville police had executed a no-knock warrant at her apartment, Sgt. Jonathan Mattingly, one of the officers involved in the botched drug raid, said in an interview that aired Wednesday.

If he had to do it again, he said, he and his fellow officers wouldn't give Taylor and her boyfriend, Kenneth Walker III, so much time to answer the door. The officers have previously said they forewent the no-knock provision and knocked for 45 seconds to a minute.

Speaking to the media for the first time in an interview with ABC's "Good Morning America" and the Courier Journal newspaper in Louisville, Mattingly said Taylor and her loved ones aren't the only victims of the tragedy.

Mattingly and six other officers arrived at Taylor's apartment March 13 with a no-knock warrant allowing them to kick in the door without warning. However, they had intelligence Taylor was home alone and decided to knock and announce themselves, the officers have said.

Walker agrees the officers knocked, but he has repeatedly said he didn't hear them identify themselves as police. He would not have grabbed his gun if he had, he has said. With one exception, witnesses say they didn't hear police identify themselves, either, but some neighbors who provided accounts to police have told CNN they didn't wake up until later, when the gunfire rang out.

The officers knocked six separate times, announcing themselves numerous times, Mattingly told ABC before walking it back, saying, "It sounded like it" all seven officers announced and that's how these situations typically unfold.

Asked his thoughts on Walker's assertion that he didn't hear police, the sergeant said, "Maybe he didn't."

Walker -- still unsure who was outside -- opened fire as the plainclothes officers burst through the door, the boyfriend has said. Mattingly was shot in the leg, though Walker's attorney disputes it was his client who shot him.

Walker has cast his gunshot as a warning, aimed at the ground to scare off the intruders, but Mattingly claims that wasn't the case. As soon as they breached the door, he said, he saw two figures 20 to 25 feet away and his eyes homed in on the tip of Walker's handgun barrel.

"He wasn't shooting at the ground," Mattingly told the morning show. "He's pushed out with two hands looking straight at me. I saw his gun. Our postures were the same, looking at each other, when he fired that shot."

The sergeant went on to say that if he and his colleagues had been wearing body cameras, no one would know about the narcotics raid, which turned up no drugs or cash.

Only one policeman, Detective Brett Hankison, was charged -- not for killing Taylor, but with wanton endangerment after investigators say he fired "blindly" into Taylor's apartment, endangering three neighbors when bullets passed through Taylor's apartment into theirs. Hankison has pleaded not guilty.

Kentucky Attorney General Daniel Cameron has faced criticism for not seeking stiffer charges, and one juror says he never presented the grand jury an opportunity to consider homicide charges against the officer.

Mattingly was following orders and protocol, and was not involved in the raid's planning, his lawyer has said.

Taylor's death prompted more than 100 days of demonstrations in Louisville, as well as a national outcry that dovetailed with anger over the killings of Ahmaud Arbery in southeast Georgia, George Floyd in Minneapolis and Rayshard Brooks in Atlanta, among others.

Taylor also became an integral component of the #SayHerName movement, which demands justice in the police killings of Black women. She appeared on national magazine covers, such as Vanity Fair and O, The Oprah Magazine.

The protests have been "frustrating," Mattingly told the morning show. Last month, in an email to his colleagues -- which was leaked to the media -- Mattingly slammed the FBI, which is investigating the raid, and Louisville's leadership, while referring to protesters as "thugs."

In his ABC interview, he again criticized city and police leadership, accusing them of allowing misinformation to fester.

Mattingly and his fellow officers "were doing our job," he said, and it had nothing to do with race or racial profiling.

He prefers the term "criminal profiling," which he described as knowing an area so well that an officer can determine if someone is behaving criminally by her or his demeanor -- a refusal to make eye contact, for example.

"It's a feeling that goes along with what you've experienced with what is in the area -- what should or shouldn't be," he said.

Nor does Taylor's death relate to killings like Floyd's or Arbery's, Mattingly said, adding, "This is not us going hunting somebody down. This is not kneeling on a neck. It's nothing like that."

"This is not relatable to George Floyd. This is nothing like that," he said. "It's not Ahmaud Arbery."

Floyd's death sparked protests nationwide and abroad after a Minneapolis officer knelt on his neck for nearly eight minutes. Demonstrators chanted his final words, "I can't breathe." Arbery was fatally shot in Brunswick, Georgia, while jogging.

Floyd 'not a model citizen'

Floyd's killing was wrong and "disgusting," Floyd didn't deserve to die and it was the "right call" to lock up the four officers involved, Mattingly said, but in his opinion, "George Floyd was not a model citizen," and it's unclear if Floyd died of a drug overdose.

Mattingly closed with words of consolation for Tamika Palmer, who has accepted Louisville's $12 million settlement with her daughter's estate.

No amount of money or police reform will bring Taylor back, he said, but "I just hope you can find it in your heart at some point to find some peace, find some love in the future, and I pray that everybody learns something from this and that this tragedy never happens again to any other family."