Breakfast is going to be more expensive next year 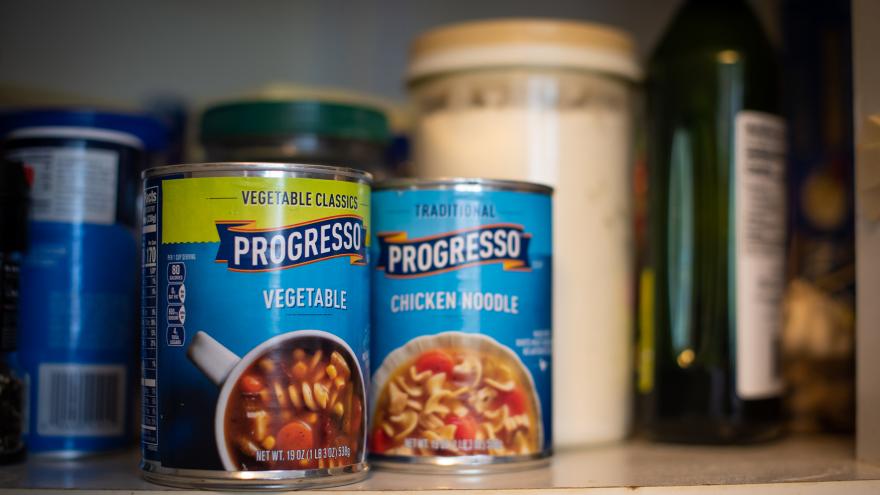 (CNN) -- Expect to pay more for some of your favorite cereals, snacks, soups and cooking brands next year.

For some items, prices will go up by around 20% beginning next year.

The wholesaler shared General Mills' letters with CNN Business on the condition of anonymity to protect the company's relationship with its suppliers. A leader at the company said it plans to push along all of the increases to its grocery and convenience store customers. He expects they will then pass them down to shoppers.

A spokesperson for General Mills did not provide a comment for this story.

If more General Mills' customers — including the leading big box stores, supermarkets, drug stores and other chains in the United States — decide to do the same, these familiar brands will get more expensive for shoppers.

General Mills' plans are the latest evidence that rising prices won't be going away anytime soon for some of the most recognizable food and household brands. The company is the latest consumer manufacturer to announce price hikes beginning next year, joining Tyson, Kraft Heinz, Mondelez, Procter & Gamble, Kimberly Clark and others.

Grocery prices have increased sharply during the pandemic, after stagnating from 2015 through 2019. Prices climbed 1% in October from September and were 5.4% higher than at the same time last year, according to the latest data from the Bureau of Labor Statistics.

Inflation on food, beverages and household basics will climb to 8% during the first half of 2022 before settling at 4% during the latter half of the year, projects IRI, a market research firm. IRI tracks prices, point-of-sale and volume data, promotions and trends at big-box stores, wholesale clubs, supermarkets, pharmacies and other consumer channels.

Food manufacturers and grocery chains have faced higher costs for commodities, labor, transportation and other expenses during the pandemic. Those costs have escalated in recent months, prompting them to raise prices to minimize the impact.

The producer-price index, which measures the price manufacturers receive for their goods and services, jumped 0.6% last month from September and rose 8.6% annually.

General Mills said in the letters that it was responding to higher materials and labor costs.

"The current operating environment is as dynamic as we've experienced in at least a decade, resulting in significant input cost inflation, labor shortages, and challenges servicing the business," General Mills said.

General Mills said in September that it expects its input cost inflation to be 7% to 8% for its 2022 fiscal year.

Rising inflation does not impact all shoppers equally.

"Inflation has been more painful for lower-income households," Bank of America economists said in a research report last week. That's because they are more exposed to the goods that are seeing prices rise the fastest, such as gas and rent, and they save less than higher-income groups.

Some grocery chains are raising prices more quickly than competitors, depending on how much flexibility they have to handle higher costs.

Walmart, the largest grocer in the United States, said its price gaps with competitors are wider than they were before the pandemic because the company is absorbing some costs instead of passing them on. Walmart accounted for 29% of General Mills' sales last year.