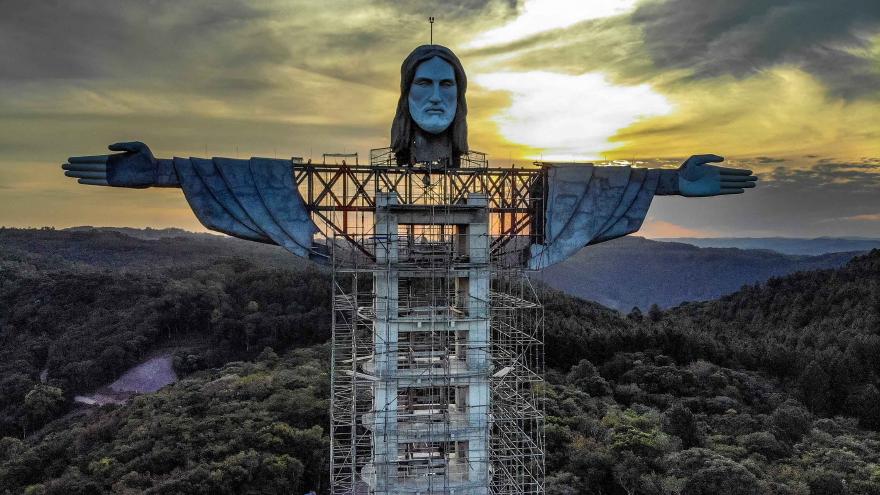 (CNN) -- A huge statue of Jesus Christ is under construction in southern Brazil, and it will be even taller than its famous counterpart in Rio de Janeiro.

The "Christ the Protector" statue is being built in Encantado, a small town in Brazil's southernmost state, Rio Grande do Sul, by a local organization named Friends of Christ Association (AACristo).

Made of steel and concrete, it will stand 43 meters (141 feet) tall -- 16 feet taller than Rio's Christ the Redeemer, according to AACristo.

The organization said the statue will be the third-tallest statue of Jesus in the world, after a 249-foot statue currently under construction in Mexico and a 172-foot monument in Poland.

The statue is the work of sculptor Genésio Gomes Moura and his son, Markus Moura. Its head and arms were installed on April 6 and the construction, which began in July 2019, should be finished by the end of this year, according to AACristo.

It will cost around $353,000 in total, and AACristo is asking for donations to finish the project.

An elevator installed inside the statue will take tourists to a lookout at the height of Christ's heart. 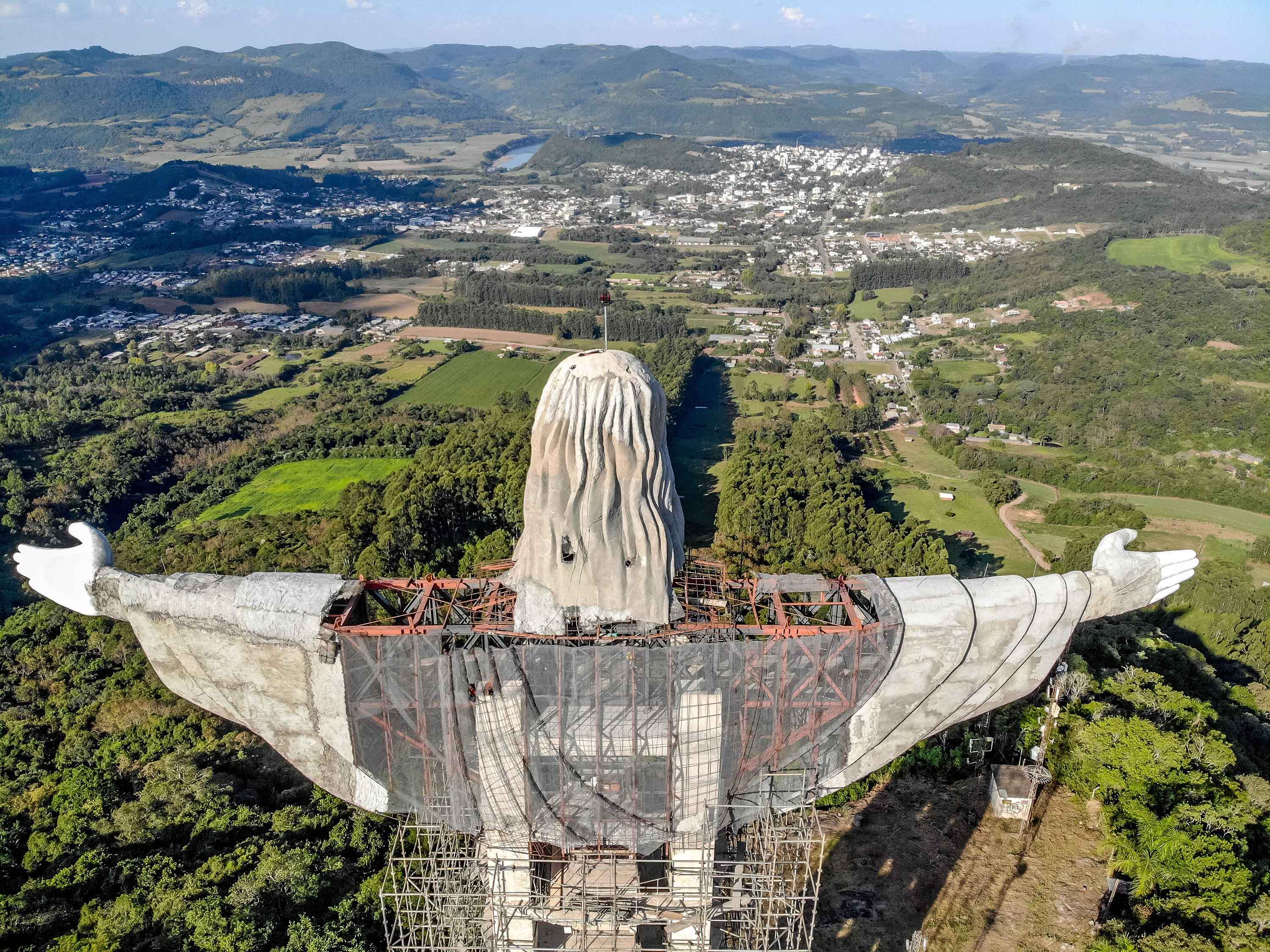 "It will be a glass opening from where people will be able to film and photograph the valley," head project supervisor Artur Lopes de Souza said on the AACristo website.

The aim is to boost tourism in the area, which is close to Brazil's borders with Uruguay and Argentina.

The Christ the Redeemer statue has looked down upon the city of Rio de Janeiro for almost 90 years and is one of Brazil's most famous tourist attractions.