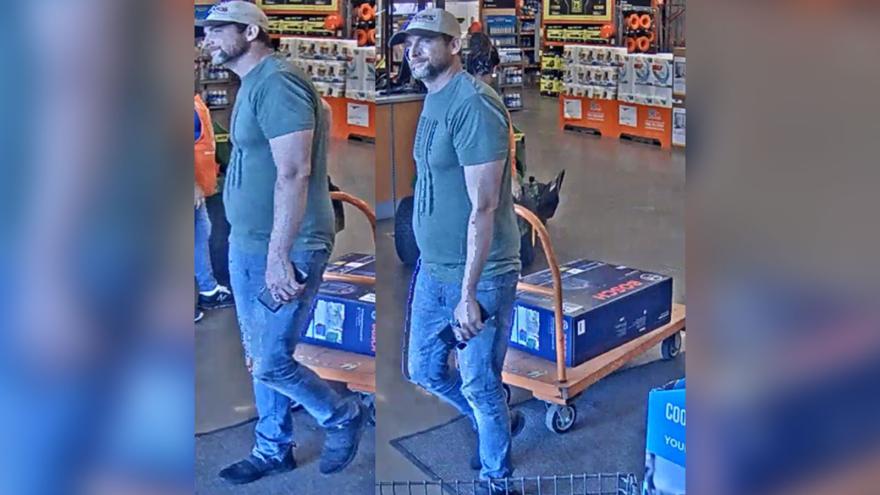 (CNN) -- Police in Georgia are looking for a suspected shoplifter who looks like actor Bradley Cooper.

The man is accused of stealing a Bosch Rotary Laser Kit from a Home Depot store last month in McDonough, about 30 miles southeast of Atlanta.

And a surveillance photo released by the Henry County Police Department shows he bears an uncanny resemblance to Cooper.

Police posted the unidentified man's photo on Facebook last week, asking the public to contact them with any information on his identity. And users were quick to respond with comments on the suspect's resemblance to the "A Star is Born" actor.

"Well, this is easy. Bradley Cooper. There ya go," one comment reads. While another user quips, "You know it's hard times when Bradley is having to steal!!!"

Prices for the Bosch Rotary Laser Kits can be as high as $629, according to Home Depot's website.

CNN has reached out to the Henry County Police Department for an update on the case and is awaiting a response.