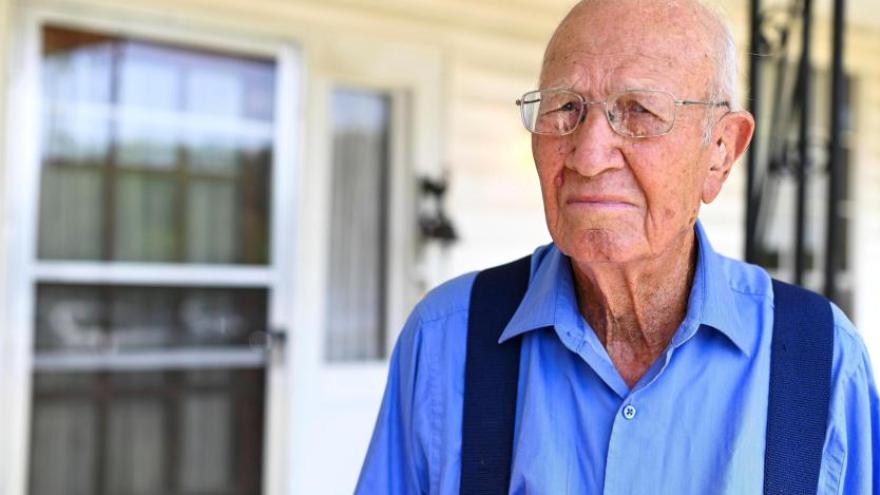 Bradford Clark Freeman, believed to be the last surviving original member of the historic World War II parachute infantry regiment of the US Army known as Easy Company, died on July 3 in Columbus, Mississippi. He was 97.

(CNN) -- Bradford Clark Freeman, believed to be the last surviving original member of the historic World War II parachute infantry regiment of the US Army known as Easy Company, died Sunday in Columbus, Mississippi. He was 97.

Freeman died at Baptist Memorial Hospital-Golden Triangle, according to an obituary posted by Lowndes Funeral Home and Crematory.

Known to his friends as Mr. B., Freeman was a freshman at Mississippi State when World War II began, according to the obituary. He volunteered for the paratroopers and "on February 5, 1944, he went into Foreign Service with 506th Parachute Infantry Regiment, 101st Airborne Division," the obituary said.

As a mortarman for Easy Company, he jumped in the D-Day Normandy invasion, per the obituary.

He also fought in Operation Market-Garden and was part of the defense of Bastogne, Belgium, during the Battle of the Bulge, where he was wounded, the obituary read.

After rejoining his unit, he participated in the occupations of Berchtesgaden and Austria, according to the obituary.

The story of Easy Company was depicted in the HBO miniseries "Band of Brothers," based on the New York Times bestseller by Stephen Ambrose.

After the war, Freeman returned to his hometown Caledonia, Mississippi, where he married Willie Louise Gurley and worked as a mail carrier for 32 years, the obituary read.

In May 2021, Columbus Air Force Base presented a challenge coin to Freeman on behalf of Gen. Mark Milley as a "thank you for your service to your country and for being a hero," the chairman of the Joint Chiefs of Staff, according to a statement at the time.

Freeman is survived by a sister, two daughters, four grandchildren and 10 great-grandchildren, according to the obituary.

"Our dad was always astounded that a country boy from Mississippi was able to see so many places and meet so many interesting people," the obituary states.