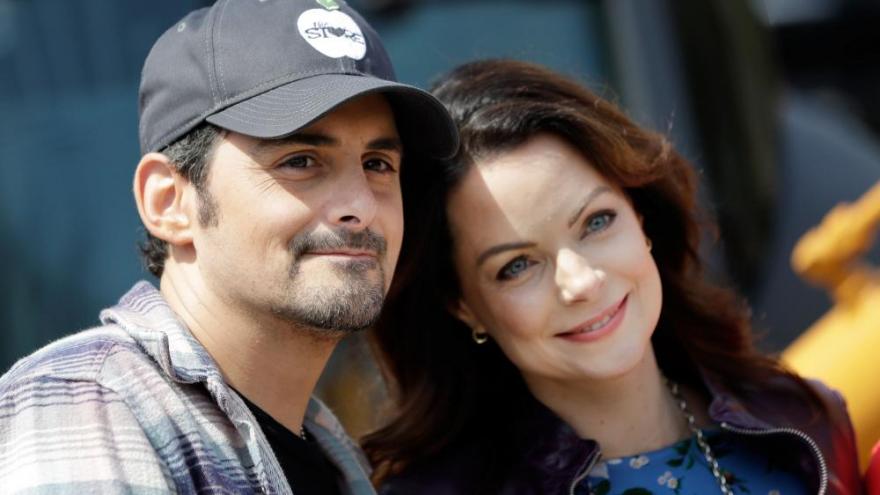 (CNN) -- Brad Paisley and his wife, actress Kimberly Williams-Paisley, are building on their efforts to fight hunger in America.

September is Hunger Action Month and the couple announced that they are donating 1 million meals to help families struggling with hunger and food insecurity.

Dubbed the "Million Meal Donation Tour," the initiative is a partnership between the food brand Tiller & Hatch and Feeding America. The Paisleys are partners in Tiller & Hatch.

"We're on a mission to help those struggling with hunger and food insecurity," said Paisley in an Instagram video on Monday. "And, due to the pandemic, it's a real crisis."

This is not the couple's first attempt to help struggling families combat hunger.

The Paisleys partnered with Belmont University to open a free grocery store called The Store in Nashville. The Store provides free food to people in need and is located next to the University's ministry center-- an area convenient to public transportation.

"Many people who never thought they'd need food assistance are now seeking it," said Williams-Paisley who joined her husband on Instagram.

According to Feeding America, more than 54 million people may experience food insecurity this year, including 18 million children.