BP will dump its 20% stake in Russian oil giant Rosneft 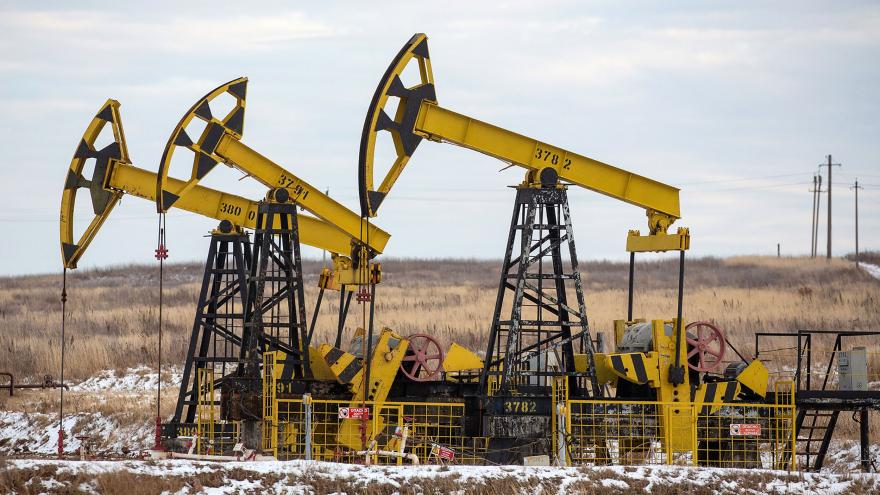 By Ramishah Maruf, CNN Business (CNN) -- BP is cutting ties with Rosneft in response to Russia's invasion of Ukraine.

The British company said in a statement Sunday that it would exit its 19.75% stake in the Russian state oil giant, describing Moscow's decision to attack its neighbor as "an act of aggression which is having tragic consequences across the region."

BP CEO Bernard Looney and former CEO Bob Dudley will also stand down with immediate effect from Rosneft's board, where they had served alongside Rosneft CEO Igor Sechin, a close ally of Russian President Vladimir Putin.

BP, which had called itself "one of the biggest foreign investors in Russia," said the changes would lead to the company taking a "material" charge in its first quarter earnings. Its operating profit in 2025 would be about $2 billion lower than forecast as a result of the accounting changes, it added.

BP chair Helge Lund said that the company had operated in Russia for over 30 years and worked with "brilliant" colleagues there.

"However, this military action represents a fundamental change," Lund said in a statement. "It has led the BP board to conclude, after a thorough process, that our involvement with Rosneft, a state-owned enterprise, simply cannot continue."

Lund said the Rosneft holding was no longer in line with BP's business and strategy.

BP had come under pressure from the UK government over its ties to Russia, the Wall Street Journal reported.

"Like so many, I have been deeply shocked and saddened by the situation unfolding in Ukraine and my heart goes out to everyone affected," Looney said in the statement. "I am convinced that the decisions we have taken as a board are not only the right thing to do, but are also in the long-term interests of BP."

In addition to its stake in Rosneft, BP had three joint ventures with Russia's biggest oil company — a 20% stake in the Taas-Yuryakh oil project in eastern Siberia, 49% of Yermak Neftegaz in Western Siberia and 49% in the Kharampur oil and gas project.

"Russia's unprovoked invasion of Ukraine must be a wake up call for British businesses with commercial interests in Putin's Russia," UK business and energy secretary Kwasi Kwarteng said on Twitter.

BP is not alone among major Western oil companies in helping Russia pump oil and gas.

UK-based Shell owns a 27.5% stake in Sakhalin-2, which it describes as one of the world's largest integrated oil and gas projects. Shell says Sakhalin-2 supplies about 4% of the world's current liquified natural gas market.

ExxonMobil has been in Russia for over 25 years, and employs about 1,000 people there.

Its subsidiary, Exxon Neftegas Limited, has a 30% stake in Sakhalin-1 — a vast oil and natural gas project located off Sakhalin Island in the Russian Far East. It has operated the project since 1995 on behalf of a consortium that includes Japanese and Indian partners, as well as two affiliates of Rosneft.