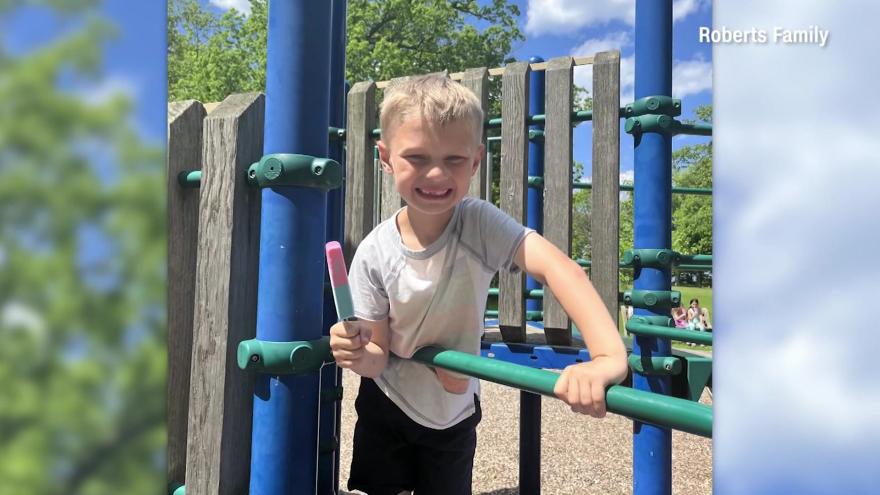 CHICAGO (AP) — An 8-year-old suburban Chicago boy is back home after more than two months of treatment for severe injuries he sustained during the Fourth of July parade shooting in Highland Park, Illinois, his family said Thursday.

Cooper Roberts was taken to Highland Park Hospital, where he underwent a life-saving surgery, then spent in-patient stays at Comer Children's Hospital and Shirley Ryan Ability Lab in Chicago.

He has returned home to his parents, five siblings, and French bulldog, George, but the family said the transition is "really, really hard."

With Cooper's paralysis he can no longer play sports or ride his bike as he once loved to do.