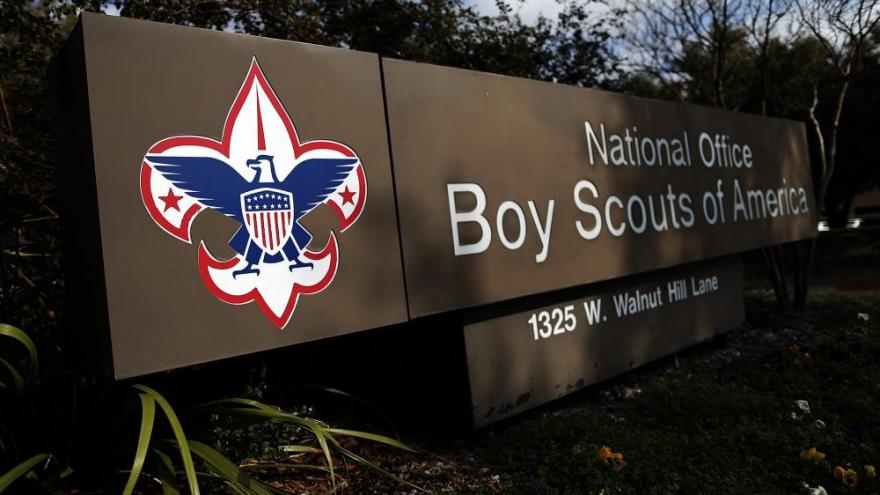 The Boy Scouts of America has reached a tentative $800 million settlement agreement with insurer Century Indemnity Company and other Chubb companies to contribute to a trust to compensate survivors of sex abuse, according to a press release from the organization.

(CNN) -- The Boy Scouts of America has reached a tentative $800 million settlement agreement with insurer Century Indemnity Company and other Chubb companies to contribute to a trust to compensate survivors of sex abuse, according to a press release from the organization.

"This is an extremely important step forward in the BSA's efforts to equitably compensate survivors, and our hope is that this will lead to further settlement agreements from other parties," the press release states.

The settlement is subject to court approval, according to the release.

The Boy Scouts of America this summer reached an $850 million settlement with those claiming they were sexually abused by local Scout leaders around the country.

The proposed settlement trust, which includes other groups and insurers, is expected to exceed $2.7 billion, according to the BSA, which is currently making its way through bankruptcy proceedings.

Chubb issued a statement Tuesday saying, "The net financial impact to the company from the settlement will be substantially reduced by carried reserves and third-party reinsurance. This agreement-in-principle is contingent on a variety of conditions and court approvals."

The proposed settlement gives Chubb a "broad release" from future BSA-related abuse claims, according to the statement.

BSA filed for bankruptcy in February 2020 as hundreds of sexual abuse lawsuits were filed across the country. The organization months later faced at least 92,700 claims of sexual abuse by former scouts, a lead attorney for claimants told CNN just after the bankruptcy court's claim deadline passed.

In a statement to CNN, Ken Rothweiler, co-founder of the Coalition of Abused Scouts for Justice, said, "The settlement announced today is the result of months-long and hard-fought negotiations between Coalition attorneys and various other parties. We have always said that our goals in this situation are two-fold: making sure that current and future scouts are protected and building the largest compensation fund possible. Today was another step in the right direction."

There are some, however, who feel the proposed settlement does not go far enough.

Attorney Jason Amala, whose firm represents over 1,000 men who allege they were sexually abused by Boy Scout of America leaders, said in a statement to CNN, "This proposed settlement is historic only because it is one of the worst settlements in the history of child sexual abuse cases. The BSA and Century want to settle approximately 40,000 claims for an average of $20,000 per abuse survivor. You'll have a hard time finding a worst settlement if you look at what it means for individual survivors."

A bankruptcy judge overseeing the reorganization plan for the Boy Scouts of America has extended the window for claimants to vote on the restructuring plan until December 28.