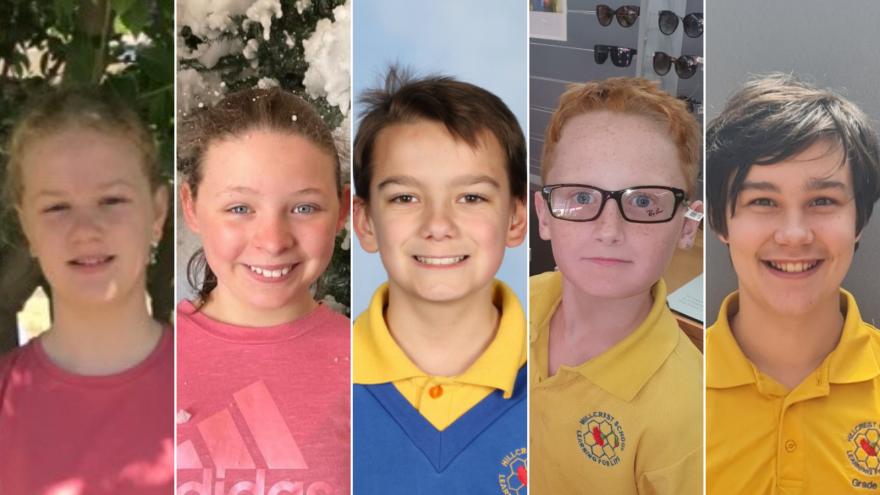 (CNN) -- A sixth child has died in hospital after a bouncy castle was lifted into the air at a school event in Australia late last week, police said Sunday.

The 11-year-old boy, Chace Harrison, "passed away in hospital this afternoon," Tasmania Police Commissioner, Darren Hine, said in a statement.

"Our thoughts continue to be with his family, and the families and loved ones of all the children involved, during what is an incomprehensibly difficult time," Hine added.

The boy was one of nine children who fell 32 feet (10 meters) from a bouncy castle that was lifted by wind during an end-of-year event at Hillcrest Primary School in Devonport, on the northern coast of the state of Tasmania.

In total, six children died in the tragedy. Two children remain in critical condition in hospital, while another is recovering at home, police added.

Police previously released the names and images of the five other victims, with the permission of their families. They are Addison Stewart, 11, and Jalailah Jayne-Maree Jones, Jye Sheehan, Peter Dodt and Zane Mellor, who were 12.

An investigation is underway into what caused the tragedy, including the strength of the wind at the time and how the castle had been tethered to the ground.

Commissioner Hine said the Devonport Criminal Investigation Branch's priority will be to "interview all witnesses, gather and analyze forensic evidence and all environmental aspects, including weather patterns and conditions at the time of the incident."

"Given the magnitude of this critical incident and the need to speak to a large number of traumatized children within a short period of time, we have accepted an offer from NSW Police to assist in conducting interviews in relation to the investigation," Hine added of assistance from the larger New South Wales state force.

The bouncy castle was one of a number of treats organized for students as part of the "Big Day In," according to the school's Facebook page. Other activities included a Water Play Zone and Zorb balls.

Hine said "close to 40" children were taking part in the activities when a wind gust lifted the castle off the ground. Several adults were supervising the event and provided first aid until emergency services arrived, he added.

The incident has rocked the nation, with Australian Prime Minister Scott Morrison telling reporters shortly after that it was "just unthinkably heartbreaking."