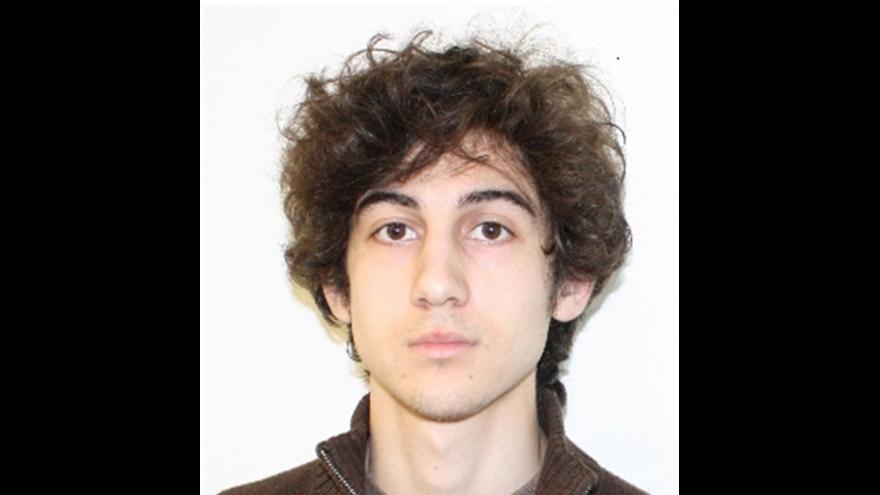 The surviving Boston Marathon bomber who's been convicted and sentenced to death for his role in the terror plot that killed four, injured hundreds and left the city under siege during a five-day manhunt in April 2013, is hoping his legal team's appeal will give him his life back.

(CNN) -- The surviving Boston Marathon bomber who was sentenced to death for his role in the terror plot that killed four and left the city under siege in April 2013, is hoping his legal team's appeal will give him his life back.

Lawyers representing Dzhokhar Tsarnaev, 26, made opening statements on Thursday morning to the 1st US Circuit Court of Appeals in hopes of overturning his death sentence.

Attorney Daniel Habib argued that Tsarnaev did not get a fair trial because Boston was the scene of the mayhem. He argued that the jury was made up of people directly affected by the terror plot who already had made up their mind about Tsarnaev.

Habib spoke about how all of Boston was traumatized by the bombing, with some forced to shelter in place during the manhunt and others who spilled into the streets and cheered when Tsarnaev was caught.

"It was the extraordinary effect of this crime on the community," Habib said. "This community atmosphere filtered to the actual jury."

Habib further said that the jury pool was tainted by news reports that contained, what he called, "a wealth of inadmissible evidence," like former Boston Mayor Tom Menino calling for Tsarnaev to receive the death penalty.

Two jurors had shown clear bias, Habib said. The first, Juror 286, discussed the case years before the trial, posting tweets that called Tsarnaev a "piece of garbage" and admitting that she sheltered in her home with her family during the manhunt. Juror 138 discussed being a part of jury selection while it was underway in a series of Facebook posts, even noting that Tsarnaev sat just a few feet away from him,

"This points only to one direction and that direction is bias," Habib said.

Assistant US Attorney William Glaser countered by arguing that both jurors had disclosed their actions, saying that Juror 286 was not traumatized by the incident by the time the trial took place.

"It's not whether at the time [Juror 286] felt any emotion about it but whether 20 months later she harbored any prejudice," argued Glaser.

Glaser said Juror 138 had told the court about his Facebook posts and even admitted to discussing the case previously at family gatherings, saying he went out of his way to "disclose information that he felt might keep him off the jury."

Glaser added that news reports could not have affected the jury because many of them admitted to not paying much attention to reports.

"Many of them indicated that they didn't pay too much attention to the news and that they wouldn't let their biases affect their decision," Glaser said.

The panel of judges, Ojetta Rogeriee Thompson, Juan Torruella and William Kayatta, expressed concern about questions that were not asked during jury selection that Habib said would have shown bias. Habib said questions at jury selection had to stretch farther than just news reports.

"They were listening to their family, to their friends, complete strangers, even social media," Habib said.

Tsarnaev was convicted of 30 charges

Dzhokar was 19 years old when he and his brother, Tamerlan, who was 26 years old at the time, went to Boston's Boylston Street shortly before 3 p.m. on April 15, 2013, to carry out their plot.

Surveillance video showed the brothers carrying the pressure cooker bombs in backpacks and moving through the crowd near the marathon finish line in what federal prosecutors called a coordinated attack.

The bombings sparked a manhunt for days that shut down the city. The brothers, while on the run, killed a Massachusetts Institute of Technology police officer, Sean Collier. After they stole an SUV, the two were chased by police.

Tamerlan Tsarnaev died in an explosive firefight with police in nearby Watertown. Dzhokhar Tsarnaev was arrested a day later and convicted for his role in the bombings. He was sentenced to death in 2015.

Tsarnaev is currently being held in federal prison in Florence, Colorado, and is not expected to be in the courtroom when lawyers make their opening statements.

He was convicted in 2015 of all 30 counts he faced, which included all four deaths.