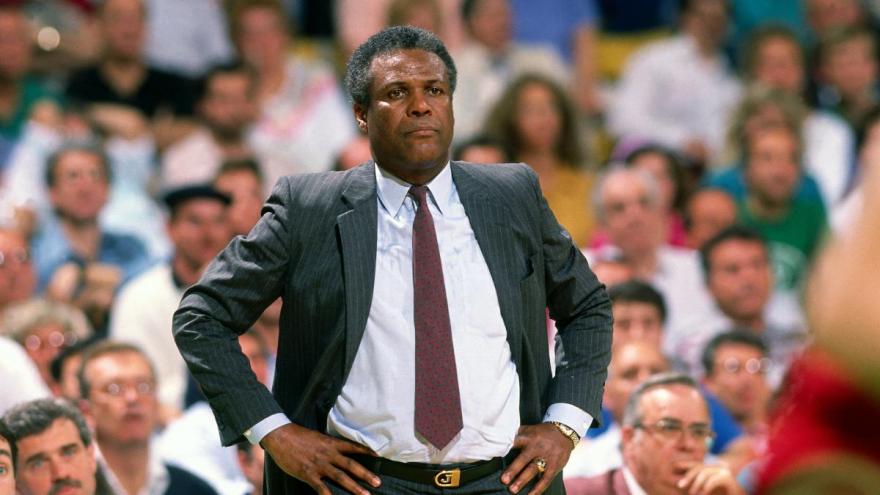 Boston Celtics legend K.C. Jones, seen here during a game played in 1988 at the Boston Garden in Boston, Massachusetts, has died at age 88.

(CNN) -- The word "legend" is often thrown around casually. But when it comes to K.C. Jones, there really is no other word that does him justice.

Consider his list of accomplishments: Twelve NBA championships as a player and coach, two NCAA rings and one Olympic gold medal. That makes him one of only eight players in history to have achieved basketball's "Triple Crown."

In fact, winning and Jones went so hand in hand that the standing joke was the 'C' in K.C. stood for championships.

The team did not release a cause of death or say exactly when he passed away.

"K.C. Jones was among the most decorated champions in the history of our game," said NBA Commissioner Adam Silver in a statement. "K.C.'s extraordinary accomplishments and impact will long be remembered."

Jones' death was the second passing of an iconic Celtics figure this year.

Last month, Hall of Famer Tommy Heinsohn died at 86. His legacy, too, will forever be tied to the Celtics, where he played a part in all 17 of the franchise's championships -- from player to coach to color commentator.

According to a profile of him on the NBA's site, Jones grew up in a poor family in Texas during the Depression.

K.C. is his given name. He was named after his father who had been named after legendary railroad engineer Casey Jones.

His parents separated when he was 9. And Jones moved with his mother and siblings to San Francisco.

"There he learned to play basketball on a patch of gravel in an impoverished neighborhood," the profile said.

Jones attended the University of San Francisco. He was soft-spoken but a formidable presence.

The 6-foot-1 guard made his mark with defensive plays -- sticking to opponents like glue, denying them chances and frustrating them to no end.

In college, he teamed up with Bill Russell -- another player whose name and the word "legend" are synonymous -- and won two NCAA championships.

The two were also part of the US squad that won the gold medal at the Melbourne Olympics in 1956.

After a two-year stint in the Army, Jones joined the Celtics. He was on his way toward sealing his place in the history books.

"In NBA history, only teammates Bill Russell and Sam Jones have more championship rings during their playing careers," the Celtics said in a statement, recounting Jones' accomplishments.

Jones played nine seasons in the NBA -- all of them in Boston.

After the Celtics lost to the 76ers in the 1967 Eastern Division Finals, Jones decided it was time to retire.

And when he did, the Celtics retired his No. 25 jersey.

After stints as a coach at Brandeis University, Los Angeles Lakers and the Washington Bullets, Jones returned to the Celtics.

He was named Celtics head coach in 1983. In four of the five seasons that he played that role, he took the team to the NBA finals.

"I listen to the players. My job is to give them direction and a base to operate from, but you have to let them use their own creativity and imaginations," he said of his coaching style. "It's their game, they have to be allowed to play it."