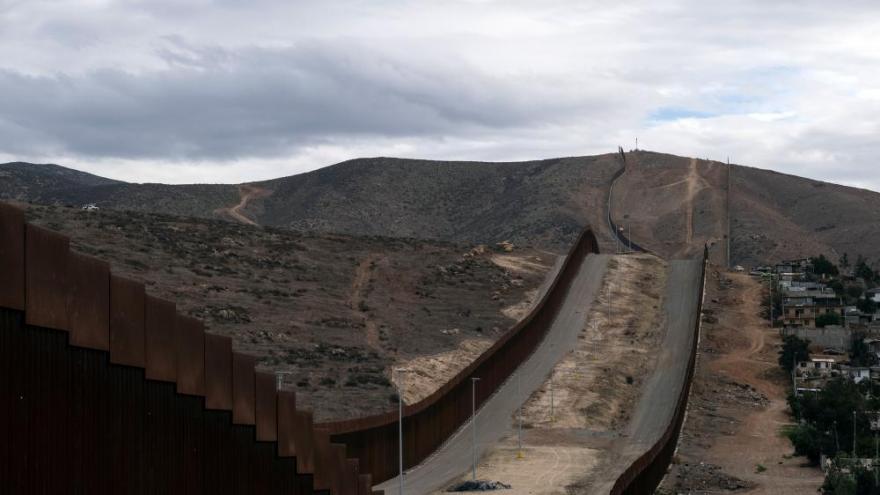 US Border Patrol recorded more migrant deaths on the US southern border in fiscal year 2021 than in any prior year on record, according to data shared by the agency Thursday.

(CNN) -- US Border Patrol recorded more migrant deaths on the US southern border in fiscal year 2021 than in any prior year on record, according to data shared by the agency Thursday.

There were 557 Southwest border deaths during the fiscal year, which ended September 30. That's up from 254 deaths in fiscal year 2020 and 300 deaths in 2019, marking a significant increase amid a 30-record year for border crossings. The agency data on deaths dates to 1998.

A majority of migrant border deaths have been related to heat exposure, according to the agency. Migrants often face dangerous terrain and can get lost as they try to make their way to the US.

Several factors led to the increase in recorded deaths, including more people crossing the border and an increased effort by the agency to work with our law enforcement partners to identify and document cases.

Border Patrol reports data on deaths where agents find the body or are involved in an emergency response. The agency tracks border deaths to better understand the dangers of unlawfully crossing into the US.

The figures, however, are not representative of all migrant border deaths, as other state and local agencies may recover bodies without Border Patrol involvement, meaning the number of deaths is likely higher.

The Biden administration has grappled with the unprecedented number of migrants crossing into the US, struggling at times to provide adequate care and housing to migrants and faced with the dangers of the Covid-19 pandemic.

President Joe Biden, when asked during a recent CNN town hall why he hasn't visited the southern border, said, "Well, I guess I should go down."

US Border Patrol made nearly 1.66 million arrests for unlawful crossings on the US-Mexico border during fiscal year 2021, the highest annual number of apprehensions on record, according to year-end data released by the agency last week.

CNN's Rosa Flores reported on the increase in deaths on the border in June, when 2021 was already shaping up to be deadlier than previous years.

As the volume of migrant crossings increases, the number of criminals "abandoning and abusing" people also goes up, the official said.

Rescues along the border also skyrocketed in the 2021 fiscal year, more than doubling from the prior year, a sign that Border Patrol is expending more resources and managing a tenuous situation.

There were 12,854 Border Patrol rescues this past fiscal year, far surpassing the previous four years, which is as far back as the agency has tracked this data. The previous high was in 2019, with 5,335 rescues.

In June, when rescues were already spiking, Customs and Border Protection said smuggling organizations were abandoning migrants in remote and dangerous areas, leading to a dramatic rise in the number of rescues.