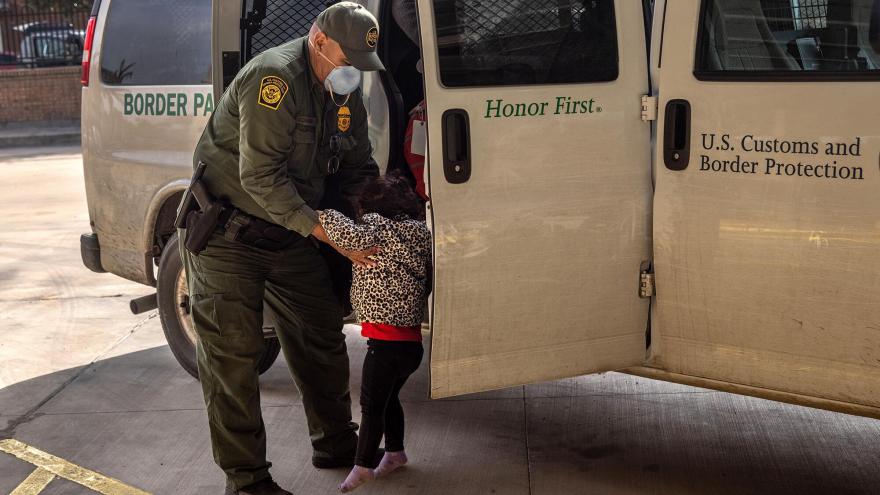 More than 800 unaccompanied migrant children have been in Border Patrol custody for more than 10 days, according to documents reviewed by CNN, marking yet another jump in the number of children held longer than federal law permits.

(CNN) -- More than 800 unaccompanied migrant children have been in Border Patrol custody for more than 10 days, according to documents reviewed by CNN, marking yet another jump in the number of children held longer than federal law permits.

As of Sunday, there were 822 children held in Border Patrol facilities, akin to jail-like conditions, for over 10 days, the documents show. The number of kids held for a prolonged period of time has climbed almost daily as the administration races to find shelter to accommodate them and amid constraints related to the coronavirus pandemic.

The average time in custody for unaccompanied children continues to hover around 130 hours, exceeding the 72-hour legal limit, though the number of children in Customs and Border Protection custody dropped slightly to just under 4,900, documents show.

Homeland Security Secretary Alejandro Mayorkas, when pressed by CNN's Dana Bash on "State of the Union" Sunday, would not provide a timeline on when children at the border will be housed in more humane conditions, only saying it would be "as soon as possible."

Mayorkas told Bash that the Biden administration is "working around the clock to move those children out of the Border Patrol facilities into the care and custody of the Department of Health and Human Services that shelters them."

"I have said repeatedly from the very outset that a Border Patrol station is no place for a child," the secretary said.

CNN previously reported that children are alternating schedules to make space for one another in confined facilities, some kids haven't seen sunlight in days and others are taking turns showering, often going days without one, according to case managers, attorneys and Border Patrol agents.

Bunk beds have been brought in to one of the processing facilities to help accommodate the influx of children, with one agent saying children are also sleeping on plastic cots and mats on the floor and benches.

Officials told CNN they expected the number of migrants arriving at the US border would swell once they took office -- given their drastically different approach to immigration compared to former President Donald Trump's -- but that they did not anticipate a surge this big.

President Joe Biden said Sunday that he would visit the border "at some point" and maintained, "I know what's going on in those facilities" when asked if he wanted to see the situation first hand.