Border apprehensions spiked in March, including a record number of unaccompanied migrant minors 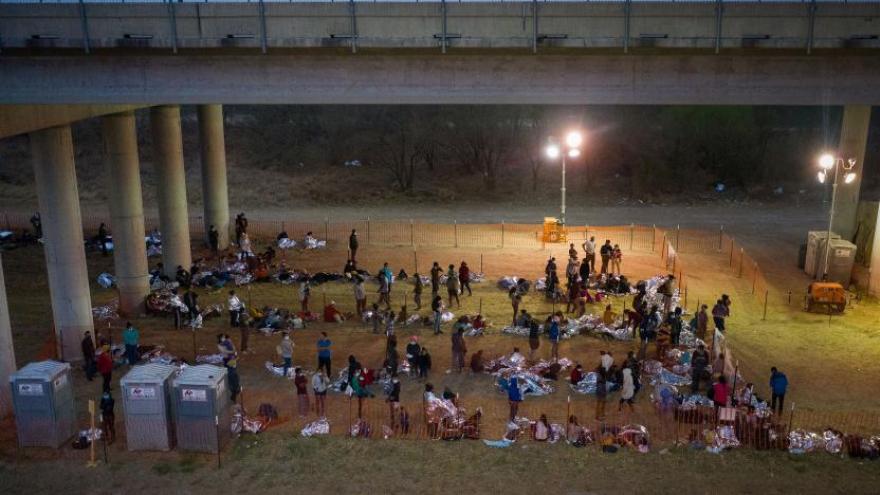 US Customs and Border Protection encountered 171,700 migrants in March, including a record number of unaccompanied minors, far exceeding the prior month's totals and continuing an upward trend dating back to last year, according to preliminary data obtained by CNN.

(CNN) -- US Customs and Border Protection encountered 171,700 migrants in March, including a record number of unaccompanied minors, far exceeding the prior month's totals and continuing an upward trend dating back to last year, according to preliminary data obtained by CNN.

The data underscores the ongoing challenge facing the Biden administration as officials scramble to set up emergency sites to house migrant children, many of whom have been held in poor conditions.

Single adults still make up the majority of border apprehensions, with 99,300 encountered in March, the preliminary data reveals, up from 71,598 in February. Single adults are largely being turned away at the US southern border as soon as they're encountered under a public health order, and as a result, the figure might also account for repeat crossers.

More migrant families are also arriving. In March, around 53,500 families were encountered by border officials, up from 19,246 in February. Some families are being swiftly expelled, while others are being released in the US as a result of limited capacity in Mexico.

The White House's coordinator of the southern border, Amb. Roberta Jacobson, acknowledged the high number of arrivals this week, saying that they will eventually decline.

"Yes, it's a larger group than usual, but ... they will also diminish at a certain point. And the thing we have to do most quickly is get humanitarian assistance, job training, education, feeding assistance -- because there's food insecurity throughout these countries. We need to provide options," she said.

Projections reviewed by CNN this week indicate that encounters are expected to continue rising through September, though estimates could be subject to change in the event of policy modifications or other changes in Latin America.

Efforts to care for minors

The accelerated pace of arrivals has overwhelmed border facilities as officials race to transfer children to the custody of the Department of Health and Human Services, which is charged with the care of migrant children. Government data released Thursday indicates some level of progress, as the number of children in Border Patrol facilities, akin to jail-like conditions, gradually declines.

The Office of Refugee Resettlement, a federal agency under HHS, has also deployed staff to initiate the process of reuniting unaccompanied children with family in the United States.

"By going to the border, ORR can begin the unification process even before a child is referred to ORR's care, thereby reducing hours, if not days, off of the time it takes to find and unify a child with their family member or suitable sponsor," the agency said in a statement.