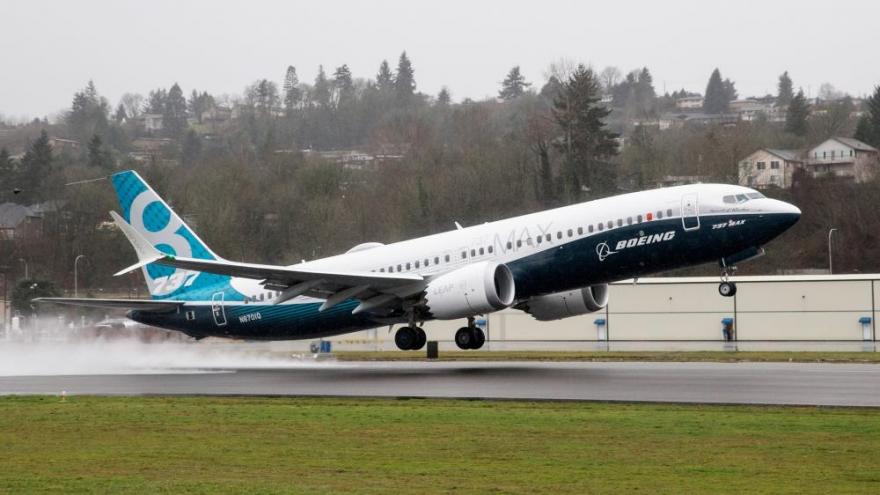 Boeing says it has finished the development of a software fix to its troubled 737 Max, in a statement released Thursday. The plane maker says it has flown the aircraft with the updated software on 207 flights for more than 360 hours.

(CNN) -- Boeing said Thursday it has finished the development of a software fix to its troubled 737 Max.

The plane maker said in a statement it has flown the aircraft with the updated software on 207 flights for more than 360 hours.

The software heads next to the US Federal Aviation Administration and its counterparts in other countries that want to review it. An FAA spokesman said Thursday afternoon the Boeing materials, including the software, have not yet been submitted.

"We're committed to providing the FAA and global regulators all the information they need, and to getting it right. We're making clear and steady progress and are confident that the 737 Max with updated MCAS software will be one of the safest airplanes ever to fly," Boeing CEO Dennis Muilenburg said in the statement.

The submission comes ahead of an international gathering of aviation regulators in Dallas next week to discuss the reviews of the Max.

The 737 Max 8 and 9 were grounded worldwide after an Ethiopian Airlines crash two months ago that investigators have described as appearing similar to a Lion Air crash last year. Between the two crashes, 346 people died.

In both accidents, the automated Maneuvering Characteristics Augmentation System, or MCAS, pushed the planes' noses down while the pilots struggled to regain control.

The company has said its fix will feed MCAS with data from two, rather than just one, sensor, making the plane less susceptible to a crash because of bad data. It will also make the system less potent, which is expected to prevent the steep dives seen in the two crashes, and provide additional training materials.

"Boeing has developed enhanced training and education materials that are now being reviewed with the FAA, global regulators, and airline customers to support return-to-service and longer-term operations," the company statement said. "This includes a series of regional customer conferences being conducted around the world."

The FAA's aircraft certification chief, Earl Lawrence, told Congress on Wednesday the agency has been reviewing a preliminary version of the software provided by Boeing.

"I would call it the beta version," Lawrence said. "The reason why they submitted it to us is so we can stick it in the simulator so we could test it, so we can also look at their system safety analysis and see whether it will appropriately address it."

A Technical Advisory Board organized by the FAA will participate in the review. That panel includes experts from the Air Force, NASA, Transportation Department and FAA.

Aviation regulators in other countries will complete their own reviews of the software separate from the international Joint Authorities Technical Review, or JATR, the FAA has organized.

That raises the possibility some countries' regulators could approve the software while others do not deem it safe to fly -- and complicate Boeing's goal of safely returning the plane to the skies.