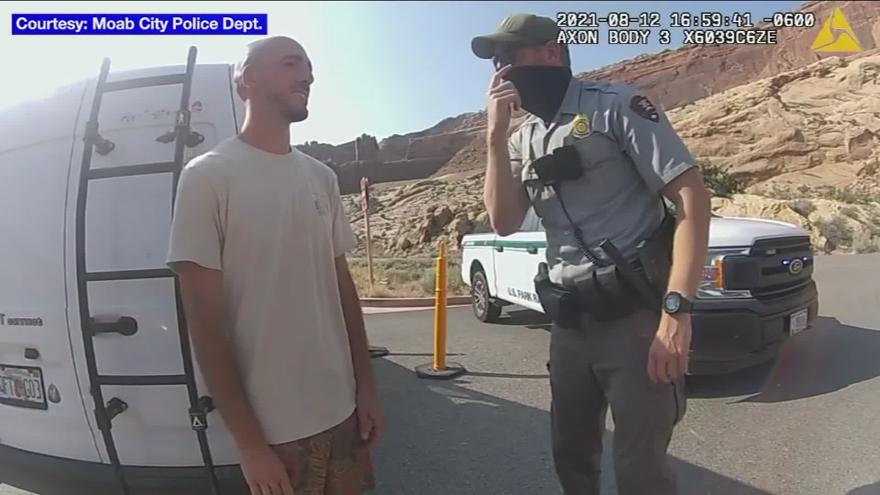 ST. PETERSBURG, Fla. (AP) — Police video shows a Florida woman who went missing out West had been arguing with her boyfriend in a Utah tourist town.

The Moab Police video shows officers trying to help Gabby Petito and her boyfriend Brian Laudrie near the entrance to Arches National Park on Aug. 12.

Petito told officers she hit and scratched Laundrie because he was telling her to calm down. Officers ultimately decided not to charge her with domestic violence and got Laundrie a hotel room for the night.

The couple was living in a converted camper van during their cross-country journey.

Laundrie returned to Florida with the van and has not cooperated with investigators.