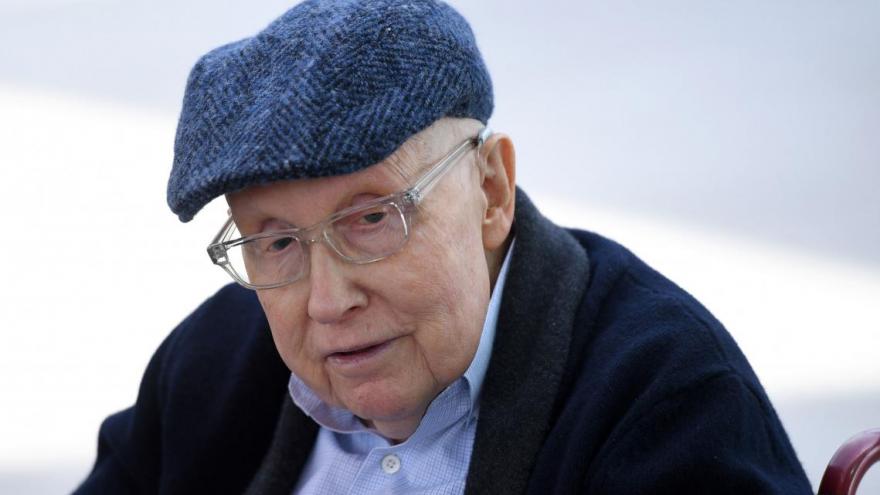 The body of former Senate Democratic leader Harry Reid, pictured here, on February 15, 2020 in Las Vegas, Nevada, will lie in state in the Rotunda of the US Capitol.

(CNN) -- The body of former Senate Democratic leader Harry Reid is lying in state in the Rotunda of the US Capitol on Wednesday, a rare honor granted by Congress to about three dozen other Americans, including former presidents, Supreme Court justices, lawmakers and national security officials.

In his youth, Reid fought as an amateur boxer, then worked as a Capitol Police officer while studying at George Washington University law school. He became Nevada's lieutenant governor under his mentor, Gov. Mike O'Callaghan, then lost a couple of political races before O'Callaghan appointed him to chair the Nevada Gaming Commission, where he took on the mob.

Reid's legislative record was cemented between 2008 and 2010, when he and House Speaker Nancy Pelosi bailed out the banks and the auto industry, passed an $800 billion economic recovery plan, the Dodd-Frank overhaul of Wall Street and the Affordable Care Act, which provided health insurance coverage to more than 30 million people.

Reid's longest-lasting legacy might be his decision to change how the Senate operates. In 2013, he and Senate Democrats voted to end filibusters for most presidential nominations, including for judges, during a GOP blockade.

Some Democrats said they regretted their votes during the Trump administration, when Senate Republicans eliminated the 60-vote threshold for Supreme Court nominees. But out of office, Reid pushed for his former Democratic colleagues to go further and end the filibuster to pass far-reaching proposals, including on climate change.

The Senate is now considering whether to invoke the so-called "nuclear option" for legislation, which would fundamentally alter how Congress writes and passes laws by allowing 51 senators, rather than 60, to advance bills. Senate Republican leader Mitch McConnell has said the Democrats' proposal would "break the Senate."

But Senate Majority Leader Chuck Schumer, Reid's Democratic successor, pushed Tuesday for the Senate to change its rules in order to pass laws making it easier to vote.

"If Republicans continue to hijack the rules of the Senate to prevent voting rights from happening, if they continue paralyzing this chamber to the point where we're helpless to fight back against the big lie, we must consider the necessary steps we can take so the Senate can adapt and act," Schumer said.