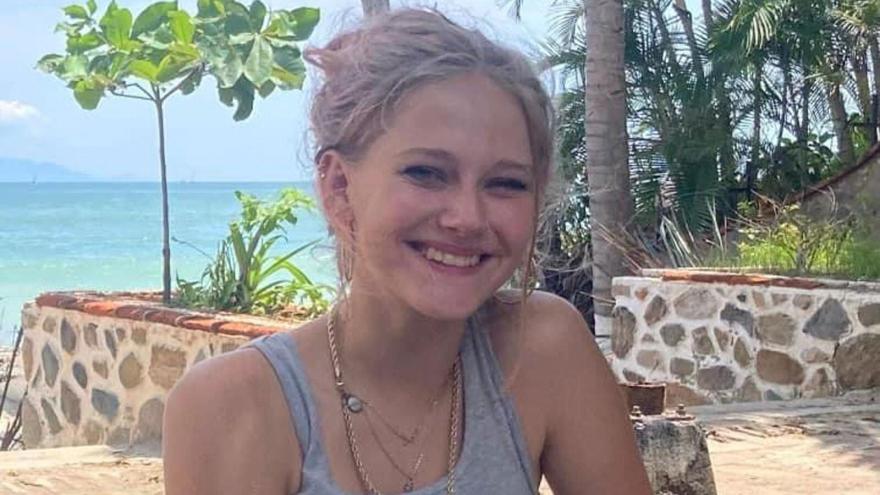 Kiely Rodni was last seen August 6, at a campground party in a wooded area north of Lake Tahoe. Law enforcement officials believe the body found in a submerged vehicle on August 21 is "more than likely" that of Kiely Rodni.

(CNN) -- Law enforcement officials believe the body found in a submerged vehicle Sunday is "more than likely" that of Kiely Rodni, the missing 16-year-old last seen almost three weeks ago at a campground party in Northern California, authorities said Monday.

Kiely was at the Prosser Family Campground on August 5 and was last seen around 12:30 a.m. August 6, the Placer County Sheriff's Office said. Her disappearance was initially treated as a possible abduction, which law enforcement later explained was because they "had nothing to go on."

Nevada County Sheriff Shannan Moon said the case is still an active investigation and the victim has not yet been positively identified.

"Last night we did receive some information of the recovery of the vehicle that we've been searching for and it was located inside Prosser Lake," Moon said at a Monday news conference. "It was located within a search zone that we have been searching since the very beginning of our operation."

Moon added that the lone body found inside is believed to be the missing teen, though she did not name Kiely.

The vehicle was located by volunteer dive group Adventures with Purpose, who often join underwater searches, Moon said. It was found upside down about 14 feet beneath the lake's surface, which has dropped about 3 feet since the teen first disappeared, according to Nevada County Sheriff's Capt. Sam Brown said.

Kiely's family released a statement Monday expressing how "eternally grateful" they were for the love and support of the last few weeks.

"We have weathered a storm of unfathomable force, and it is purely thanks to the army of warriors, matriarchs, healers, and helpers holding us up that we continue to stand today," the statement read. "While we accept this sadness cast under death's shadow, the rising sun shines light upon us, reminding us not to mourn our loss, but to celebrate Kiely's spirit and the gift that we all received in knowing her. Kiely will surely remain with us even though we will not get her back."

Multiple agencies contributed to the search for Kiely over the last two weeks, including dive teams and swimmers who also scanned the lake with side-scan sonar, Brown said.

There were 200-300 juveniles at the campground party, which was in a wooded area, said Placer County Sheriff's Office spokesperson Angela Musallam during a news conference last week.

The grounds are about 17 miles north of Lake Tahoe and 36 miles from Reno, Nevada.