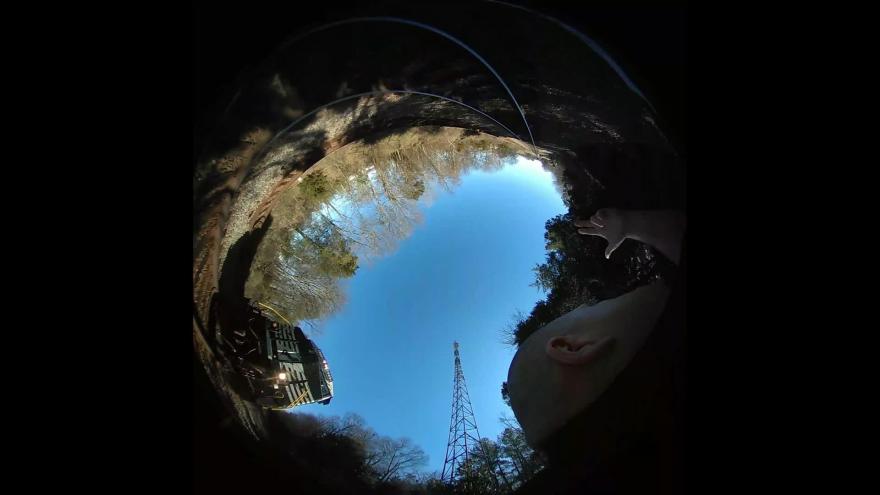 A Georgia police officer was hit by a train while searching for burglars -- and survived. Officer Andy Anderson's body camera captured the moment of impact.

(CNN) -- A Georgia police officer was hit by a train while searching for burglars -- and survived.

Officer Andy Anderson's body camera captured the moment of impact. The video, released by the Polk County Sheriff's Office on Monday, shows the officer walking beside railroad tracks when a train suddenly appears in the frame. The camera is then knocked to the ground.

Anderson, an officer with the Polk County Sheriff's Office, had been responding to a report of a burglary at a home beside the Norfolk Southern railroad track on January 7, according to a news release from the sheriff's office.

Anderson checked the back of the house to see if the burglars had hidden the stolen belongings. Then, he walked along the tracks and saw a man carrying a television set, according to the news release.

As Anderson radioed for backup, a train came up behind him. The officer stepped off the tracks, thinking he was far enough away to avoid the train, the release said.

But he was still too close, and the train knocked him down, the release said.

He was released from the hospital Sunday.

Two people were arrested in connection with the burglary. It is unclear if either has an attorney at this time.